The Jewel of the Adriatic? I’ll say! The old city in Dubrovnik is absolutely stunning. Unlike their neighbors to the North (Split), Dubrovnik was rarely occupied and is a thriving, well protected city. A huge earthquake in 1667 pretty much demolished everything, and everything from the city dates from then, that is until the Bosnians and Serbs bombed the city in 1991 (more on that later). The views from the city walls are amazing and there is a hum of liveliness on the streets. The old city doesn’t allow any cars so everything is within walking distance. Instead of getting hotel rooms we rented apartments in the old city, they were beautiful and made us feel like we were "home". Our two days there consisted of: waking up to the church bells chiming in the square, rolling out of bed for a coffee and croissant at the café around the corner, exploring medieval ruins, and strolling around town until it was time for a fresh fish dinner – catch of the day, and a glass of the house wine. I envy everyone who lives here! 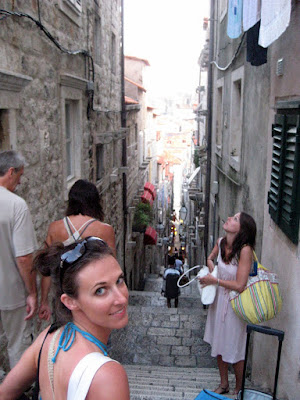 We didn't know there were no roads! We had to get 3 suitcases and a dive bag down these impossibly steep stairs! I think you can see the distress on our faces! Uh oh! 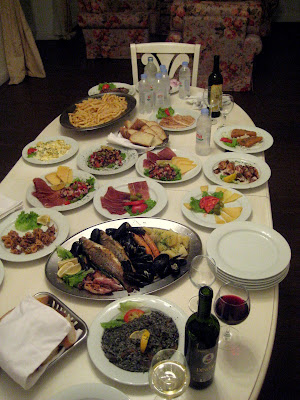 The feast we had the first night. We ordered by yelling out our window to the restaurant downstairs! Talk about delivery service. 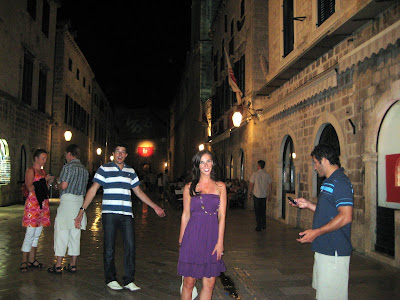 Out and about on the old city streets. 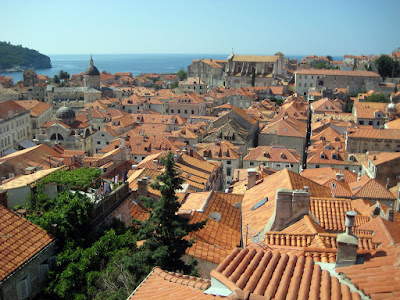 The unbelievable views from the original city walls. 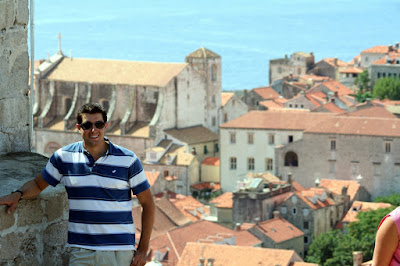 Matt, with the old ship repair shop in the background. 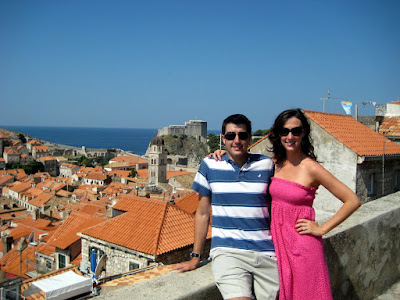 Enjoying the view! The Bokar Tower (fort) is the the background. 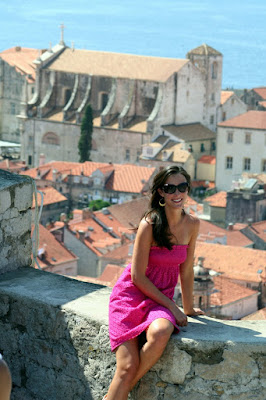 A portrait in front of the old city. 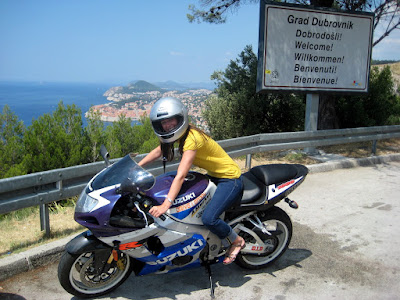 Lisa took a motorcycle to a bluff looking over the entire city. (No she didn't drive). 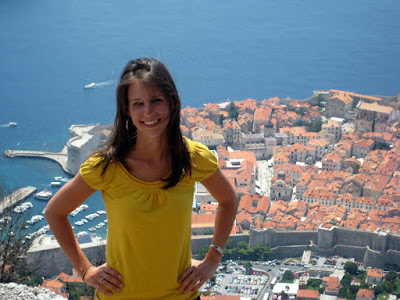 Lisa and the beautiful Old City of Dubrovnik. You can see the city walls that surround the town. 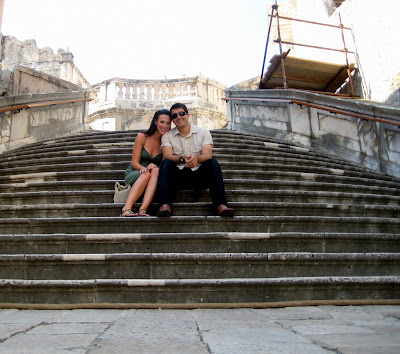 The stairs in front of St. Ignatius Church, done by the same designer of Rome's famous Spanish Steps. 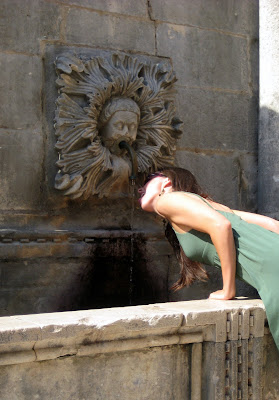 Drinking from Onofrio fountain. The water comes pure strait from the ground, you can see people having a drink or refilling water bottles all day. 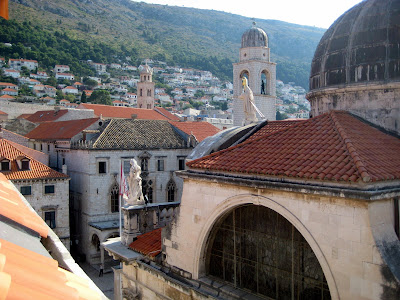 The view from our apartment window, St. Blaise church and Luza Square