You'll have to speak up, I AM wearing a towel... 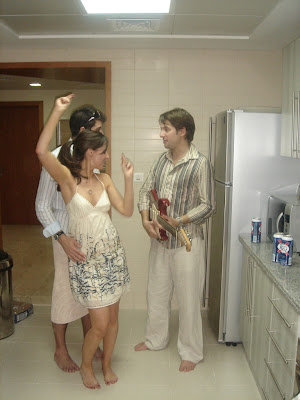 In Dubai, the road to bliss is always paved with good intentions - take a few days ago for instance. A few of us blokes decided to have a nice slow brunch, followed by a couple of nice, calm, drinks at the Dubai Creek Golf Club. 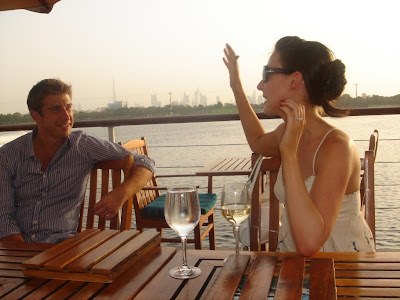 Unfortunately, we ended up staying there from 2pm until 11, at which point we HAD to get shawarma. The girls went ahead to a friend's apartment, and we convinced a taxi driver to take us into the depths of hell for some BBQ chicken in a pita.

"Oh my GOD - we forgot food for the girls. QUICK! McDonalds!"

Armed with sundaes and cheeseburgers, we host a late night dance party. Unfortunately, my sundae never made it past my lap, and I had to borrow a towel. At which point Dan (the man with the guitar) asks, "Why is Matthew not wearing his trousers?" Good question, good question indeed. See, despite the best of intentions, the Middle East is an odd place where you can lose your pants in the blink of an eye. Watch out. 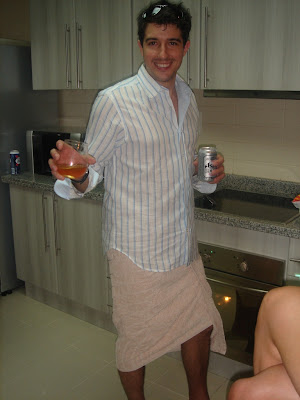 This post in memorandum of Dan Muller: 3 IV bags to get over food poisoning from that bad late-night Pakistani shawarma, May 2008.

The ‘ball’ has become the new addition to Matt and I’s social calendar. In the States the need for a floor length gown and a tuxedo was usually reserved for just one or two events every year, if that. Even the nicest company Christmas parties didn’t require a cummerbund. It seems that everyone in Dubai wants to party down in black tie. On Thursday we attended the FDESS/FDESC Ball, it doesn’t exactly roll off the tongue, but it is for the ‘Friends of Dubai English Speaking School’ and ‘Friends of Dubai English Speaking College’. Both are private elementary and high schools, mostly for expat kids. Matt’s COO’s children attend the school and his wife was on the organizing committee for the event so we decided to attend in a show of support. At my school the PTA used to organize bake sales, in Dubai they organize galas. We had a great dinner, where Matt appropriately toasted “here’s to, ummm….English speaking children?!”, and danced the night away with Matt’s colleagues. 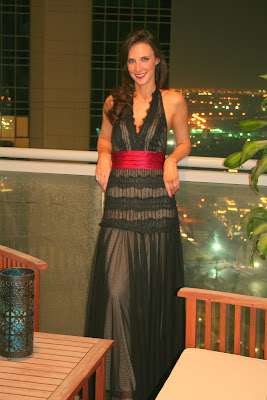 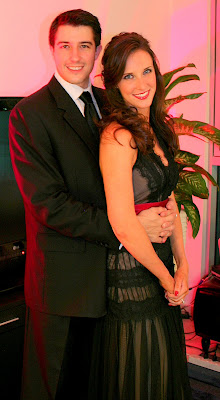 The most ironic part of the whole evening was the slide show that was running. It was showing clips of the kids at school doing a variety of activities, among them were a few sporting events where they were wearing custom made, fitted, embroidered jerseys. Matt looked up and exclaimed, “Whatever happened to pinnies? These kids don’t need my money!” It’s a far cry from our public school days! 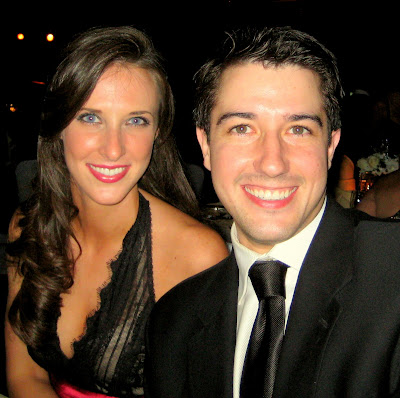 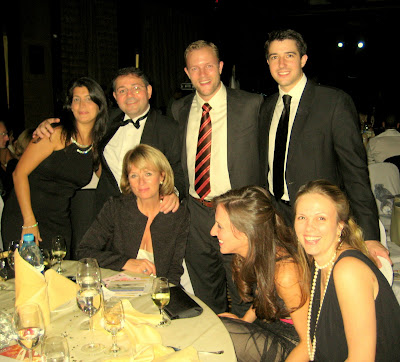 Posted by Katie Shaver at 11:29 AM No comments:

This Is A Dance Floor, Not The Autobahn 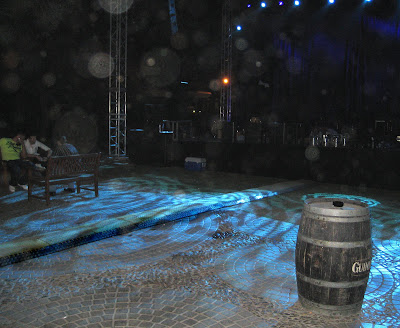 If there's one thing that the government of Dubai has bought in bulk, it's speed bumps. Every turn, every roundabout, every...ten feet - a speed bump. That's the real reason that everyone has an SUV. But now, a new low. Seeking to keep down the dancing nature of the Middle East's more spirited expats, it seems the Road and Transport Authority has gotten a little carried away. We were visiting a concert in the Irish Village with our friend Imad late Saturday night when we noticed a weird bump on the floor. Less than 10 feet from enough Guinness to bring the house down, a speed bump has been put right through the concert dance stage. While Katie and I sat out the end of the festivities (it was a work night, after all), it seems a few people were able to deal with the speed bump just fine:
Posted by Matthew Mueller at 11:38 PM No comments:

Anyone who knows how often Matt and I traveled for the Advisory Board, know that we have had our fair share of nights spent at the Westin (or W, or Sheraton, or Meridian…or in some cases, dare I say it, the Four Points!) Now we even officially have the Starwood Amex and are quickly accruing as many free hotel stays as we can with every dollar we are spending to set up our new home. For many years now I have associated a stay at one of these properties "work", even though they are almost always lovely, I was always in at 10pm and out at 7am. Well, on Monday, I got to do something totally fun and stress-free at the Westin Mina Seyahi. I had the chance to attend their grand opening gala! It was a red-carpet event with 2,000 attendees from all parts of the business sector. As soon as I stepped out of the cab I was treated to a live acoustic performance of tradition Arabian drum beats, once inside I was quickly offered a glass of champagne and ushered into the beautiful nine story lobby where the UAE Philharmonic Orchestra was performing (I didn't know we had one!) 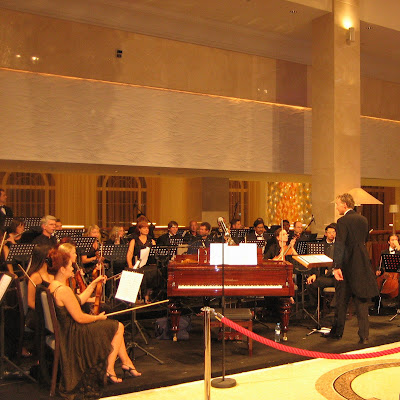 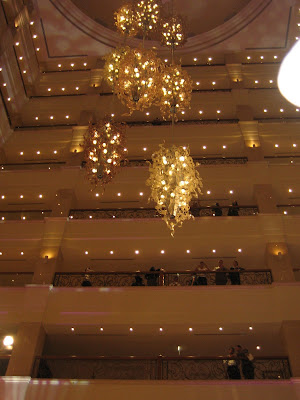 After that we had free reign of the hotel. Every single restaurant was offering samples of their food and drink, after perusing the wine and cheese bar, steak house, tapas bar, mixed grill buffet, pool-side bar, and Asian station - we were pretty full! There was also a whisky tasting station (which delighted the boys I was with) and a Ciroc vodka station, which as some of you hipsters might know, is the brand that P Diddy is hocking. Their station had a conveyor belt with martini glasses just waiting to be filled as they circled the bartender. Wandering out to the pool area I saw people doing acrobatics 'on' the pool. They were encapsulated in huge bubbles that floated on the pool at they flipped around. It was like something out of a sci fi movie! Once back inside the grand ballroom was set up like a club and a great house band jammed until the early hours of the morning. As with most things in Dubai, it was a complete circus! The decor was really contemporary and beautiful, I especially liked the huge lit seahorse on the wall (in the picture below). In retrospect the papers are now calling it "hottest" party of the year. I don't know who gets to dole out that title, but I don't think I can argue with them! 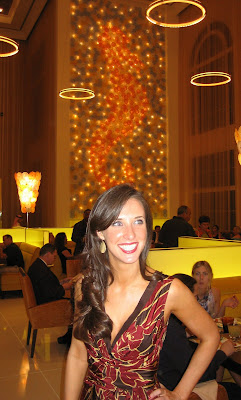 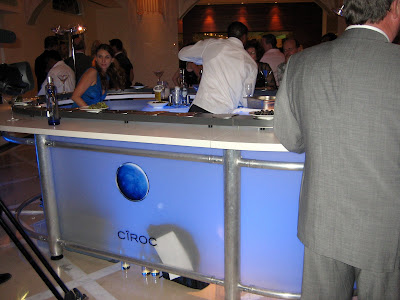 Posted by Katie Shaver at 10:39 PM No comments:

Whew! It's starting to get really hot over here. I really shouldn't even think about complaining at this stage, because this is just the beginning of a long, sweltering summer. Today it was 105 degrees. I went to pick up milk at our local store, just a 2 minute walk outside, and came back looking like I had spent 30 minutes on the treadmill! The most shocking thing about the heat in Dubai is the nights. It's 10:30pm at night here, and it is 95 degrees. Once it gets hot here it never actually cools down again until 4 months later when Fall comes. In the states, I've always been accustomed to looking forward to a beautiful summer night, no matter how hot the day was. In Dubai there is no such luck. As a result, the outdoor night life here has kicked into high gear. Everyone is desperate to get in just one more evening at the outdoor eateries, bars, and clubs, before we have to head into air-conditioned hibernation for the next several months. Here we are at the Roof Top, trying like the rest of our peers to soak up the outdoor ambiance. It was 90 degrees in this shot taken just after midnight. I think you can tell we are starting to melt! 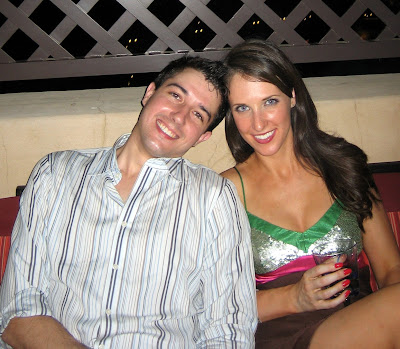 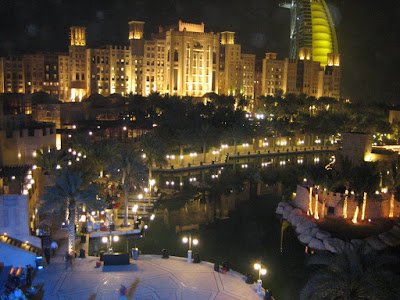 Posted by Katie Shaver at 10:34 PM No comments: 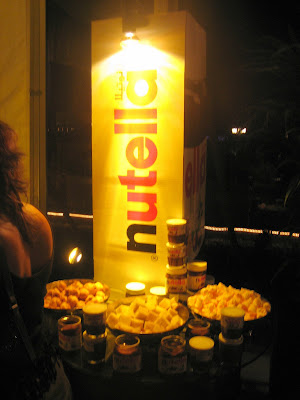 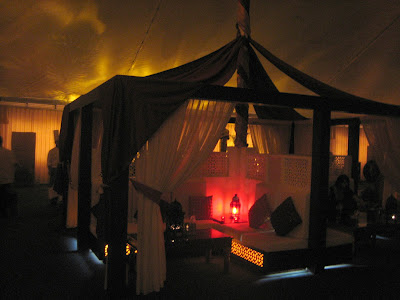 Posted by Katie Shaver at 1:44 PM No comments: