We've arrived, been sufficiently bitten by mosquitoes, been stuck in traffic behind several cows, and had a delicious murg malai kebab for dinner. Yup, we are in southern India. In the state of Kerala to be exact. The self described 'back waters' of India, which the locals call 'God's own country'. The US Dept. of State suggested that we not reveal travel plans until we were safely arrived, given the recent events, but we are happy to say that the people and the sites couldn't be better!
It's a jungle out there, truly. It area is covered in palm trees and overgrowth and it was a balmy 92 degrees today. Matt's assistant who is from Kerala, was nice enough to set us up with a friend of her family's to see us around town. So off we went! We saw the oldest European church in India, Vasco de Gama's burial place, a 15th century Dutch palace, fishing techniques from the 13th century, managed to swing by the Volvo Across the World Sea Race, which had an Indian stop over and absorbed lots of local flavor.
Here are some fun pictures from the day. 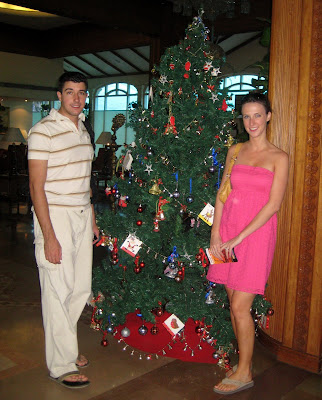 Season's Greetings! It doesn't feel like Christmas when it is this hot out! 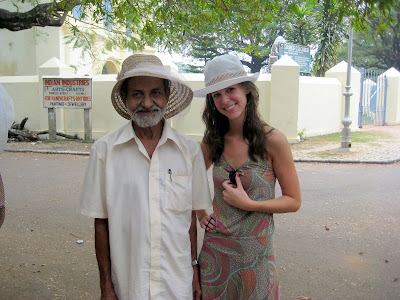 A local vendor goes the extra mile to convince Lisa to buy a hat. (She did!) 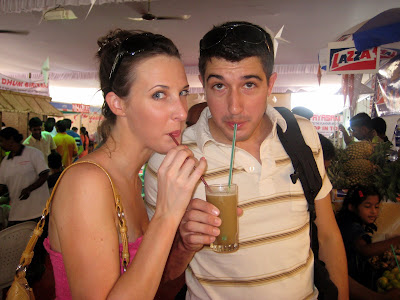 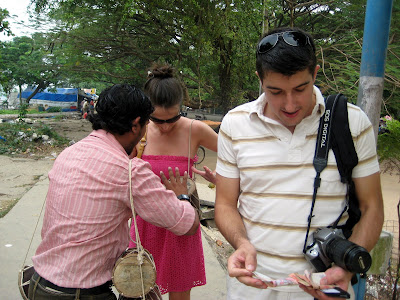 I get a music lesson, while Matt whips out the cash to buy me this drum. 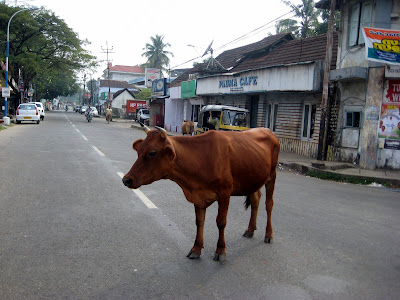 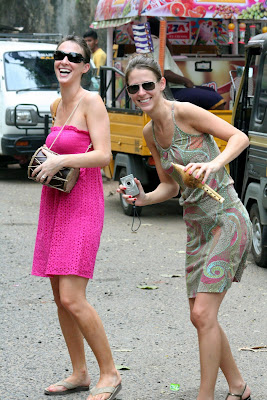 An impromtu concert on the streets. Lisa bought a horn made out of a dried gourd. 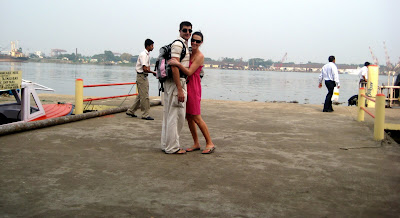 In front of the Indian Ocean. 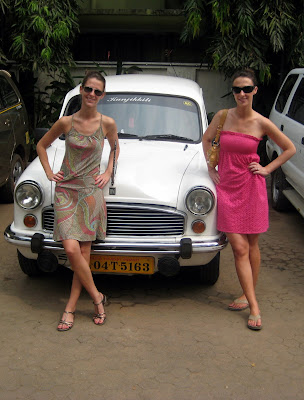 Our sweet ride around town.

Wow, it certainly doesn't take you all long to start having fun! Thanks for showing us around!

Make sure you don't leave the place till you've had a helping of 'min curry' and 'mota rice' which is the staple of Kerala.

so glad u made is safe and sound are having a great time! lisa you always were so musically gifted im not surprised for the street concert!