The Siege of Dubrovnik 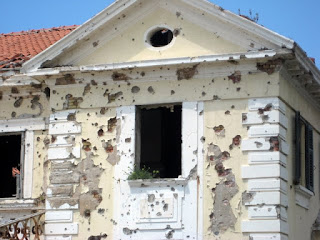 One of the most amazing - and upsetting - pieces of Dubrovnik history was an incredibly recent one. Few cities in the world still retain their medieval defensive structures – walls, forts, etc. NONE that I know of have used them to defend against an invasion in the last 15 years. Just before the start of the Bosnian War in 1991/92, Dubrovnik and its surrounding areas were invaded by JNA forces from Montenegro, Bosnia, and Serbia. The forces quickly took most of the area – Croatia had given up its military to become and independent country – and surrounded the old city of Dubrovnik. Incredibly, with nothing more than small arms, citizens defended both the old city (inside the walls) and the fort at the top of the overlooking hill for more than six months against, tanks, artillery, and a full naval blockade. Despite cutting off water, electricity, and food supplies amid an enormous international outcry (the artillery shells were destroying 600 year old buildings in a UNESCO world heritage site), invading forces were never able to take the town. 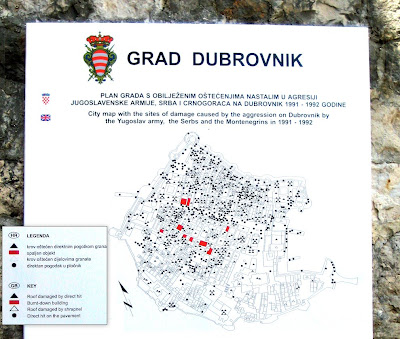 A huge reconstruction effort ensued, including replacing 70% of the ancient tile roofs, which had been destroyed by fire and shrapnel. The new roofs carry a reddish-orange color, since the original brown and tan clay from the 1600 and 1700s no longer exists. Most of the damage has been repaired (you can see marble patchwork on many of the ancient buildings and sculptures), and Dubrovnik is now a thriving tourist destination once more. 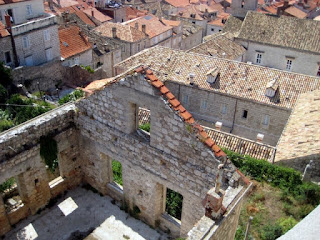 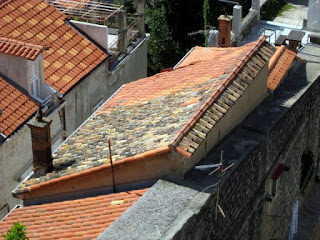 Still, there are many reminders of the aggression – from the landmines that are still strewn around the surrounding hills, to the stories we hear from our tour guides and taxi drivers of where they hid to survive the room-to-room fighting for the city. Through all of this, they've rallied around a single word, and it flies on a flag at the top of the City Walls: Libertas. 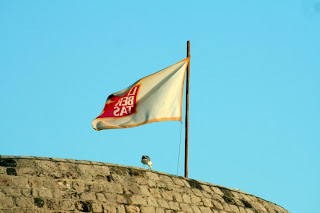 Definitely a sobering moment on a sun-soaked vacation, but one that has contributed so much to the history and personality of the people and town of Dubrovnik.
Posted by Matthew Mueller at 3:33 PM

Wow, I never knew that. 'Guess the world isn't so small after all.