Last week was Dubai Fashion week, not to be confused with New York Fashion week which typically hosts designers like Michael Kors and Carolina Herrera. However, Dubai fashion week is much more Middle East focused and the runway featured collections by Buffi Jashanmal and Hatem Alakeel. 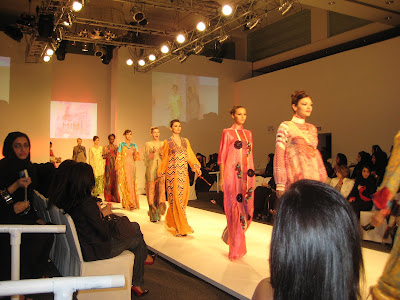 Emirates Woman, the magazine that I work for, was the official sponsor for the event and luckily I was able to swindle a few tickets from the editorial department so that I could attend a few of the shows. One of the shows that I attended with my friend Lynze, was for Mariam Al-Mazro, a local designer from Sharjah, one of our neighboring emirates. It was a collection of "modern" abayas – the traditional dress for women in the UAE. 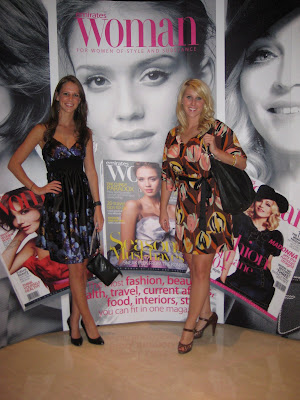 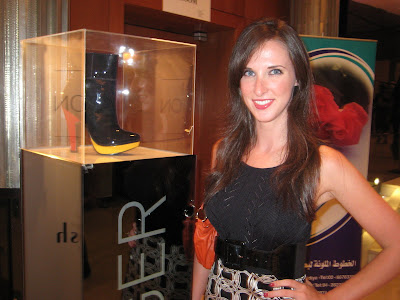 The following night, Katie and I attended another show and it was running "fashionably late" so we took the time to explore what Dubai Fashion Week had to offer. We tested new make-up at the L'Oreal counter, tried on sunglasses at the Solaris stand and walked down the red carpet pretending to pose for photographers. We also had our pictures taken at a Philips promotional stand and they gave us our very own magazine covers – check out the pictures bellows. 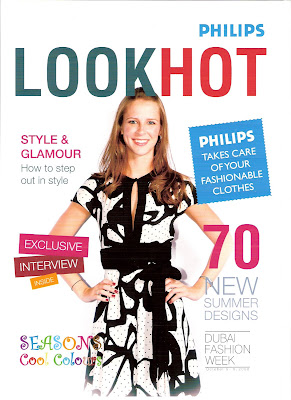