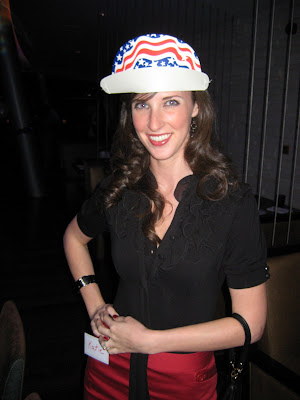 I don't even know if I'm wearing that hat right, but hey, last night anything was cool as not only was I an American, but I was from Washington, DC - oh yeah! What a night. Matt and I met up with a a few like-mined, and also a few not like-minded friends, to watch the Inaguration with our Democrats Abroad group. They had a great set up at the Dubai Marina Yacht club, and we had the chance to mingle over dinner and drinks as we waited for the big moment on the big screen TV.

I'm sure I don't have to tell any of you this as you must have felt it too, but the feeling in our little room on the other side of the world was just electric (and emotional). Our crowd burst into applause every time we gimpsed Obama on the screen and there was barely a dry eye in the house when Aretha sang "My County Tis of Thee" (speaking of which, nice hat Aretha)!
The entire room stood when Obama took the oath and you could hear a pin drop during his speech. I can tell you that his message not only to the Muslim community but to the worldwide nations really reasonated in Dubai. 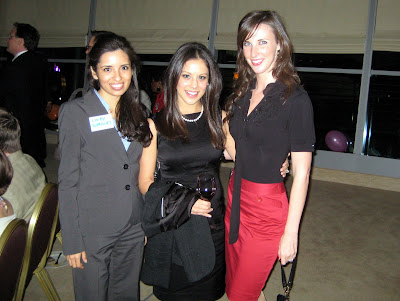 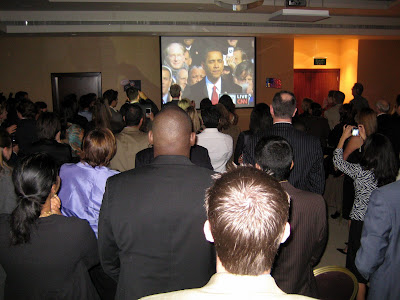 The Americans in the room were practically beaming and our expat friends told us that they were so jealous that America was our home, especially with this guy in charge. We were in for a big suprise at the end, when the MC of the event said that we had a special guest visitor, Jack Carter. You guessed it, it was Jimmy Carter's eldest son, he was in town for a business venture and swung by our event. He spent a few telling us what it was like for him when his dad was inagurated. One of his clearest memories of the day was that his young son had lost his favorite 'blankey' right before they were to walk down Pennsylvania Avenue and was throwing a fit. Apparently without hesitating the secret service brought a duplicate blanket, down to the same design, to the boy, that they had brought with them just in case. Wow, now that is doing your homework! 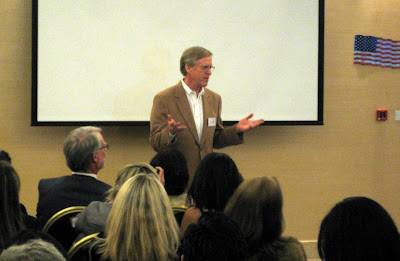 Jack Carter shares some insights on his father's inaguration. (Show off!) :)
Posted by Katie Shaver at 11:13 AM

'Don't know what's wrong with us, but we were at Jimmy Carter's Inauguration also - and froze during that one as well. I can imagine losing your blankey would be pretty tough when it's so close to zero and you have to stay outside until daddy's parade is over. Besides which, Jimmy and Rosalyn decided to walk the entire route!

But yesterday, more than any day for many years, made us proud to be Americans. Except maybe with the exception of Aretha's hat.

And, as our new Chief said, now it's time to get to work.