Atlantis - The Lost Island of Dubai Is Found 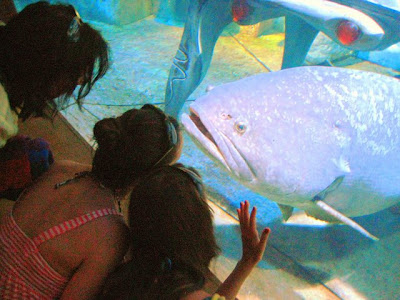 It's funny - I heard that there was a lost island in the Caribbean, but I had never heard of one in the Arabian Gulf. Fortunately, not only was it found for us, but a large tourist resort was built around it. Just to be sure, they added a theme park, monorail, 17 restaurants, and a parking lot the size of Ohio to get everyone's cars added to the Atlantis GDP.

Of note, the intelligentsia at Atlantis decided to "rescue" a juvenile whale shark off the coast of Dubai two weeks ago, and it's here in the aquarium. Apparently, the water temp and salinity of the gulf were too much, and the biologists decided it was better off in a tank. I'm not sure that was the best call, but then again, I'd like to see you stand up to a 12 foot, 3 ton fish interested in the round-the-clock feeding. 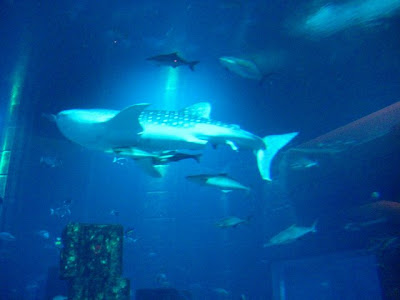 Hopefully, we'll get to explore it more soon, but here are the are latest photos for the world's newest resort:

Well, we certainly hope you have better luck with whale sharks than the Atlanta Aquarium - unless you REALLY like whale shark sushi.