A Weekend In Muscat

The first challenge in visiting Muscat for me was learning how to pronounce it. If you not 'in the know' like I wasn't then here's a little hint. It's not Mus - Cat but more like a Revolutionary War 'musket'. Just say it like that and you'll look like a pro. Once I got over my phenotic difficulties we were off! Matt was speaking at a health care IT conference in Oman and I was lucky enough to join for the weekend.

It was great! The people were very warm and welcoming and the scenery definitely had that old Gulf feel. I imagine it must have been what Dubai looked like 30 years ago. Muscat was a sleepy little city with not a whole lot sites, but it has alot to offer in terms of outdoor adventure. In two days we just had time to take in the view. The Shangri-la hotel was a great place to start! They had a beautiful beach front with natural cliffs on the side, and at night - stars! We aren't used to those any more.
We visted the famous Muttrah souk and spent the time wandering between the shops where you can buy almost anything but the real challenge is trying to find something that isn't made in China! Just because it looks authentic, doesn't mean it is -beware. One last word of caution when bargarning, the Oman Riyal is one of those few currencies were you have to multiply instead of divide. In a move that I think was just to confuse tourists they have pegged their currency to the UAE dirham 1 to 10. So you have to multipy everything by 10 which makes it alot more expensive than you realize. The numbers 'sound low' but 20 riyals is 200 dirhams with is nearly $60 so watch out!
But that's all easy to forget about when you have views like this one: 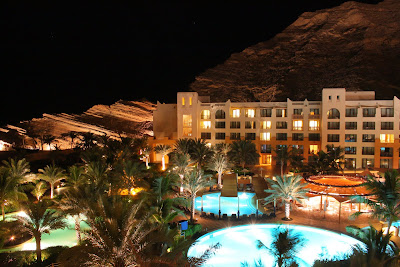 The Shangri-la hotel were the conference was hosted. 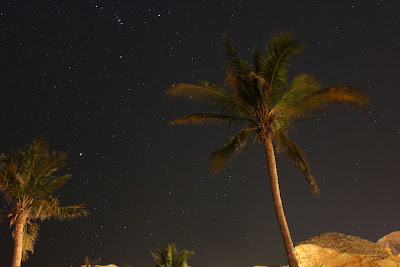 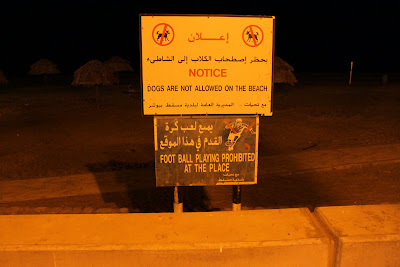 In continuing our traditon of posting bizarely worded signs... 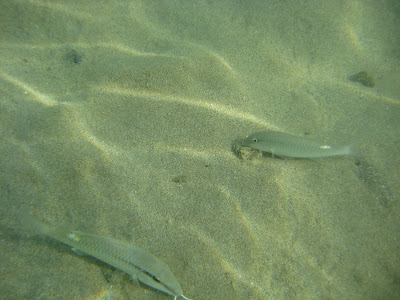 These guys were everywhere in the Ocean. Apparently they actually use those front appendages to dig for crabs in the sand for lunch! 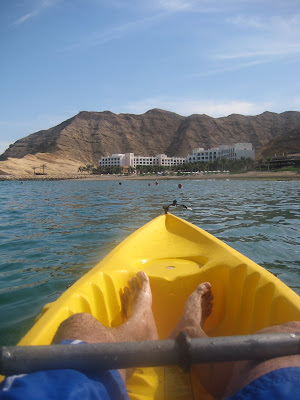 When Matt wasn't behind a podium... 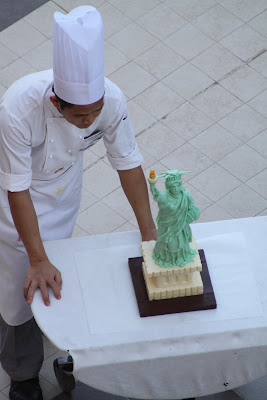 At one point we looked off our balcony and saw this...I have no idea why. 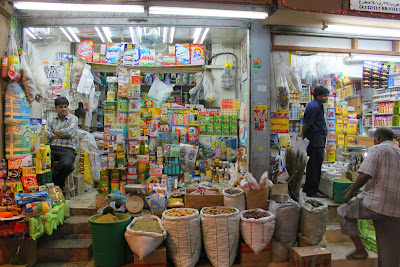 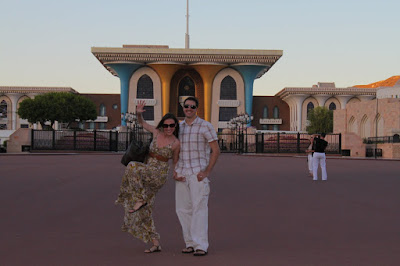 This is Sultan Qaboos bin Said's palace (head of the monarchy). I think that it looks like four goft tees holding up a roof. Also, sometimes I get a bit board waiting for the self timer so a little dance is in order, which results in photos like this... 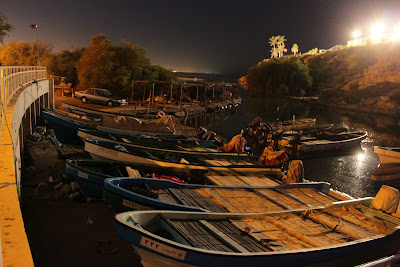 Traditonal boats on the shore.
Posted by Katie Shaver at 10:56 PM