The Taste of Dubai

Question: If you are playing chess and and you move your knight into a check-mate position, does it still count, if your piece melts in your hand?
These are the questions I find myself considering when I am staring at an all white and dark chocolate chess board (incl. all the pieces). For me the answer is: who cares, why are you playing with the chessboard when you can be eating it! 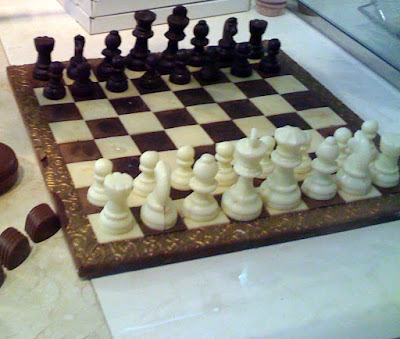 The board was just one of the many deliciously editable pieces that we saw at this weekend's Taste of Dubai in Media City. Some of the city's top restaurants come out and offer a 3 course 'fast food style' gourmet tasting of their food. Faithful readers, might remember that we attended this event last year, but this year we were much better prepared for our Epicurean adventure!

To start, we decided to go at night. This was a positive decision for two reasons, there was no mid-March sun beating down on us (and if you think we are being picky...it's 95 degrees today) and secondly, the evening sessions had some really great wine tasting opportunities lined up.
The festival was even bigger than last year! It was expanded to include an entire marketplace and a whole tent with free cooking classes. Of course, the food is not free, and with a little crafty ticket system the organizers manage to squeeze way more money out our your wallet than you think. ie. 5dhs = 1 'della' (a made up event currency) and one portion of food at one of the tents = 6 'dellas'.
5dhs x 6 dellas = 30 dhs = $8 per sample...
...and we tried alot of samples, just to make you salivate I'm including the line up here:
Maccheroncini con pomodorini, gorgonzola e asparagi
Jumbo Prawn wrapped in a Kangaroo Medallion with Carrot Mash and Parmesan Cracker
Confit Grey Snapper Seafood Dumplings and King Crab Risotto
Thai spiced Lemongrass Gazpacho with Barramundi Ceviche
White Tomato Soup
Chicken, Avocado, and Mozzarella Sandwich
Chicken in Green Curry and Thai Eggplant
Classic Brie and Honey Sandwich on Ciabatta
Homemade Tortilla Chips and Guacamole
Khaw Niew Ma Moung (Exotic Sticky Rice with Sliced Thai Mango and Coconut Cream)
Classic Tiramisu
You can get all the recipes and more here. 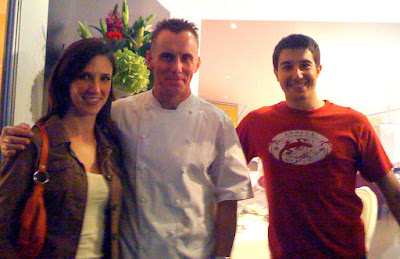 After being more that fully satiated we raced off to a free wine tasting to learn more about some of the tasty affordable wines in the region. There was one wine that was the clear winner - it was the from the Bakaa Valley in Lebanon, the Cuvee Rouge Chateau Musar. A few things make this wine special. The first is that it is fermented in cement! Very odd, but it makes for a unique and delicious flavor. The other is that this vineyard and winery were located just beyond the enemy lines in the 1980's war in Lebanon and despite having their main house bombed several times and needing to flee their estate at times, the owner still managed to make their wine, even having it secretly transported case-by-case in row boats. We were certainly glad some of it made it to us! 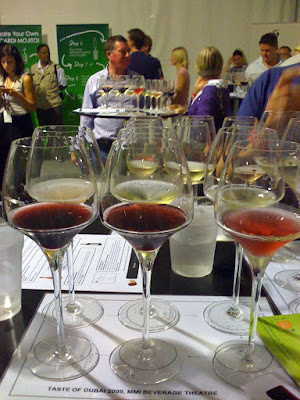 We ended the night with a perusal of the marketplace area, and between the chocolate chess boards and carved fruit we found the display meant for my future father-in-law. The Weber stand. 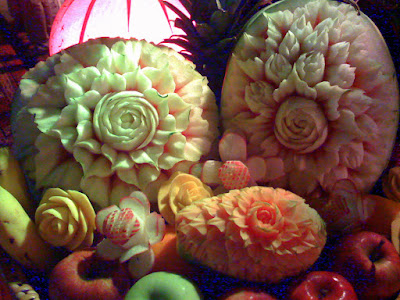 For years I've been teasing him about the small Weber grill he has set up behind the house, but really it's just more disbelief that he makes such delicious meals from such a rinky-dink grill (no offense!), but I think now I think this beauty is just what he needs for his father's day present! 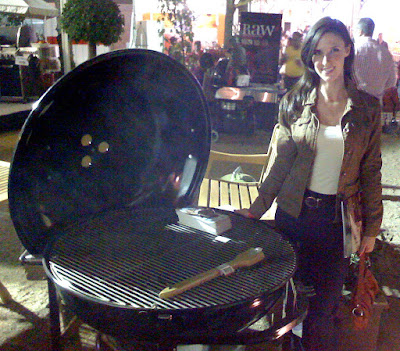 As if you haven't been living our fantasies before now - a chocolate chess board and a giant Weber grill?