This weekend, I played Ferris Bueller (Mueller? Mueller? Anybody?) at the Burj Dubai Classic Car Show, on a beatiful hot February day in Burj Dubai Downtown. At one of the first events in Dubai that we've had the ability to walk to (it's right next to our apartment), we strolled around and visited the cars donated temporarily by various personal collectors around the Middle East. Below, you see a fabulously preserved 1962 Ferrari 250 California. License Plate? UAE250. Nice - probably cost as much as the car! 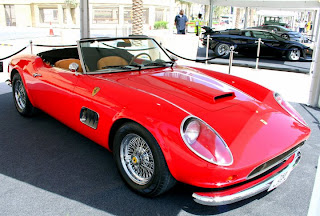 There was a great assortment of classic cars on display, from a 1912 Ford Fire Truck in amazing condition to a beautiful Jaguar in British Racing Green. Some of the highlights are below, but the gallery can be viewed here. 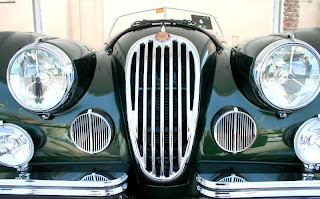 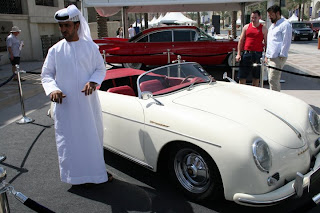 Obviously, the organizers had their priorities in order: tents and shade for the cars, sunburn for those of us who could only afford to walk: 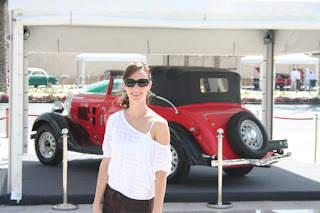 After seeing the pictures, my dad told me that his family had a Chrysler Imperial just like this one growing up - he assures me it wasn't in pink. Folks, I ask you as a confident, manly man - why wouldn't you get such a good looking car in pink?! 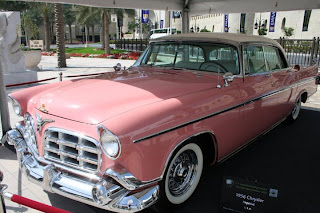 Shortly after they were married, my parents bought a Fiat. Because I'm Italian, I'm allowed to let you in on a secret: Fiat actually stands for "Fix it again, Tony". My parents told me that - I presume shortly after they sold the car for our first family sedan! 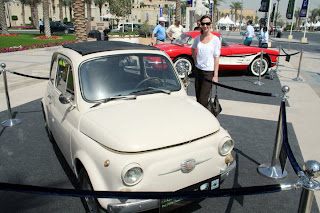 No day with classic (and pink!) cars would be complete without your very own gorgious models riding in the car next to you. Unfortunately, I was stuck with these two cute clowns: 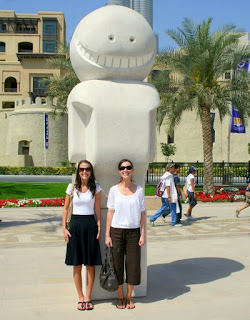 Posted by Matthew Mueller at 10:01 PM