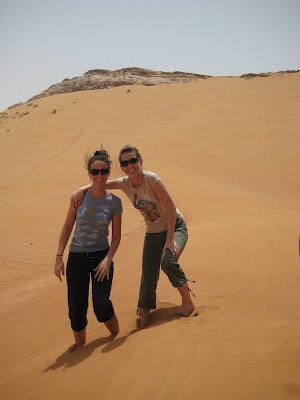 To complete Lisa's 'rite of passage' weekend we concluded with a day of off-roading, aka dune bashing in the dessert. We were up at 7:00am, with our dessert gear - water, sunscreen, and old clothes - and ready to go! It was quite a feat considering that we went to bed at 2:00am the night before. Nonetheless, we were in high spirits when our friend Imad picked up in front of our building in his new black Hummer H3, complete with an American flag emblazoned on the back window (this guy is just asking for it). It's almost an hour ride to the neighboring Emirate of Sharjah which is not nearly has developed as Dubai, and has some pretty pristine dessert to experience.

We stopped on the way, as we always do, at a gas station to fuel up, let air out of the tires for the dessert, and buy ice cream Snicker bars for breakfast. I highly recommend this! This stop, however, something caught my eye. There it was all cute and cuddly, with long eyelashes, a tan coat, and four legs inexplicably shaped like bell-bottoms: the cutest camel stuffed animal ever. I showed it to Lisa who immediately said "we are not leaving without that". As Matt was already in the midst of checking out we rushed to the front and slid him across the counter, just in time to have him rung up. Matt didn't have time to stop the transaction but did add "you can't be serious". We decided to name him Locochino, yup that's right. (As a bizarre back story, I had had a dream the night before that Lisa told me that she planned on naming her first born son, Locochino. We figured it was a sign). He was a welcome addition, as you can see in the pictures, to our dune basing group, especially when Lisa needed something to clutch when she was screaming her head off.

Also, despite designating Locochino as our good luck charm, we had several mishaps. I couldn't stop getting sand in my eyes so I had to borrow Basile's goggles, Lisa fell asleep in the car for lack of eating breakfast and Imad managed to get himself and the Hummer stuck in the dessert 4 times, we think it had something to do with that American flag! For your viewing pleasure, check out the video below of Lisa's first dune bashing experience. 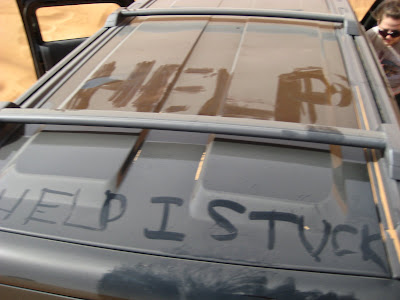 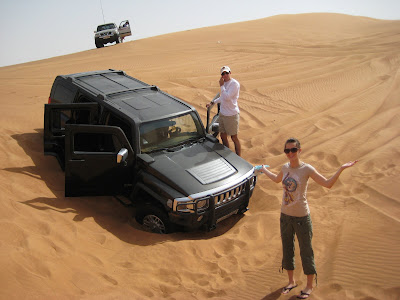 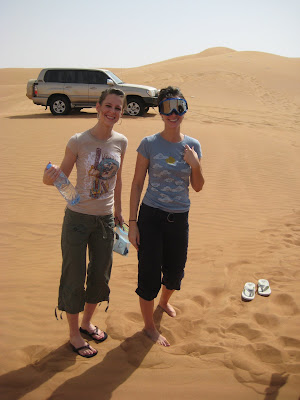 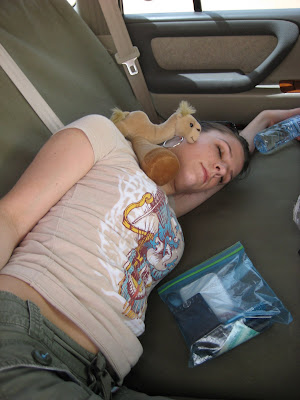 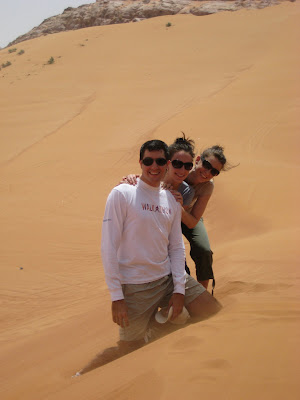 This looks like the grownup version of what Matt and Chris used to play in their sandbox with their Matchbox cars.

FYI - you left out the part at the end of the video that says, "professional driver - don't try this at home."

ahahah the video is awesome but the stuffed camel is my favorite-- im glad you all made it back safe and sound!