Not Really a Normal Dubai Regatta... 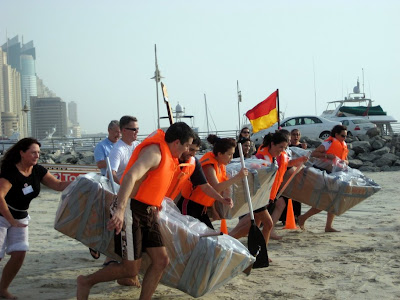 You've watched "The Office", and by golly, you may have even worked in one. But turning around your normal, run-of-the-mill organization doesn't require just leadership, it requires...cardboat boats. For our training retreat, the staff of University Hospital learned that the secret to success lies in beating your fellow men and women to the buoy in a dingy made from a box, duct tape, and tarp in less than 30 minutes. 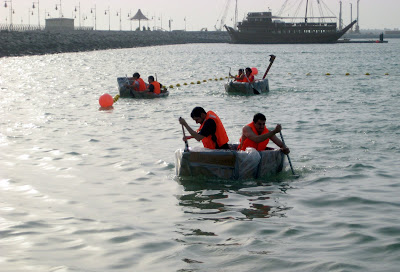 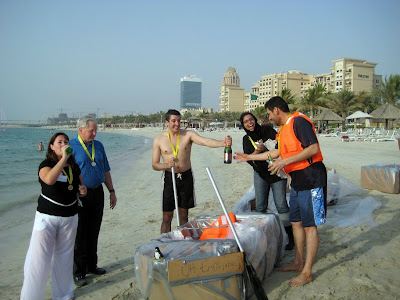 3 appliance boxes, 10 rolls of duct tape, and a plastic tarp: 70 dirhams. Two paddles, two life vests, and a bunch of elbow grease: 140 dirhams. Getting out of the Gulf and popping the grape cider next to your new CEO: priceless.
Posted by Matthew Mueller at 9:34 PM

I wasn't sure from the pictures if you actually won this race. It brings back memories of you and the terahedron contest in 4th grade. So do you think this will be the next olympic sport?

That settles it - We're planning one of these for Seneca Lake this year. Before we do, we need to know where you store the whistle, the 30' rope, the fire extinguisher...