'Wild at the Westin' hits the pages of Society Dubai magazine

It's not every day that someone says they saw you in a magazine, but that is exactly what happened my second day at my new job. I was sitting in my office getting acquainted with my laptop when the girl across the hall came over to introduce herself. After shaking her hand and chatting for a moment she said, "I've seen you before in a magazine." I thought it was a joke, or at least lost in translation (she has a thick Romanian accent), so I said "you mean you think I look like someone in a magazine?" "No, no" she replied, "it was you. Did you go to a hotel opening recently?" Then it started to click, I had, a few weeks before attended the swanky launch of the new Westin hotel (previously mentioned in this blog) and while in the lobby there were a few press people taking pictures and noted names. I was asked for a picture with my friends Tom and Imad - Matt was out of town on business in the States at the time - when we walked in and I never knew anything was going to come of it. She had forgotten which magazine she saw the picture in, but I narrowed it down to a few that I though were likely. After a bit of detective work, sure enough, there I was on page 22 of 'Society Dubai' magazine.

The magazine's website describes itself as "a monthly magazine with its finger firmly on the pulse of Dubai's emerging 'new society'." and says "Dubai is a busy city and if you blink, chances are you'll miss something amazing. That's why Society Dubai is dedicated to bringing you the goings on each month. With in-depth features introducing our hottest new talents, names and faces, you can be assured that you'll be kept in the loop. "

They, of course, got my name wrong "Shraver", but the funniest thing about the whole picture, is that our poor friend Imad was cropped out! He was standing on my left at the time and he disappeared in the version that went to print! 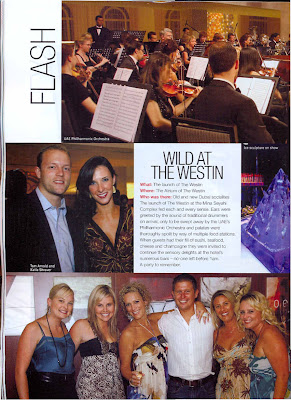 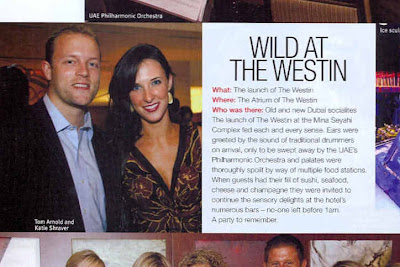