The Safari Begins! Samburu and Laikipea.

Our 2 nights in Nairobi were a great pre-cursor to our safari but now it was time to disappear into the bush! We traveled from Nairobi to the Samburu National Reserve to stay at Larsen’s Camp and then to the Laikipea Plateau to stay at the Sosian Ranch.
Stories of note:
*I thought I understood the full meaning of the word turbulence. That was until I was in a 10 person plane flying over the ridges and valleys in central Kenya. My nerves were shot, but I managed to drift off to sleep during the worst of it. That was until we hit a huge thermal coming off a mountain and the plane dropped about 200 (no kidding Matt was watching the altimeter) and an alarm in the cockpit started fervently going off – one of those “something really bad has happened” alarms. All kidding aside for about 5 seconds I thought we were going to go down. Once Matt himself got over the initial panic he explained that it was an alarm to alert the pilot that the auto-pilot couldn’t cope with the situation and it had turned off. I could have used something a bit more soothing like “excuse me, this is to alert you the auto pilot is off”. Single engine plane + sensation of falling + blaring alarm = I didn’t recover for days.
*The Larsen’s camp has almost 200 resident vervet-faced monkeys who have the ability to tell the difference between the camp staff and a guest from a mile away. That is to say they aren’t afraid of us. They are so bold that they have recently figured out how to operate the zippers on your tent in the event they feel like coming in to pay you a visit. Also, they often go to great lengths to steal food from you. They are so sneaky during meal times that there is a fully employed Samburu tribesman who stands next to your table with a large cane to intimidate. That didn’t stop a sneak attack during our first lunch upon which one of them hid underneath the table cloth until the appropriate moment. He leapt square on to our table, grabbed my bread roll and proceeded to eat it in front of me in the nearest tree. This means war!
*I realized too late on safari that I should have taken a life insurance policy out on Matt. In the event that elephant charges, and giraffe head butts weren’t enough, at the next two camps he managed to get into a few tussles using a water bottle as a weapon with the local monkeys who didn’t like a new alpha male on their turf and at the next stop, the ranch, he couldn’t find much trouble so he decided to careen off a 40 foot cliff for thrills! (Do they have a policy for tempting fate?) 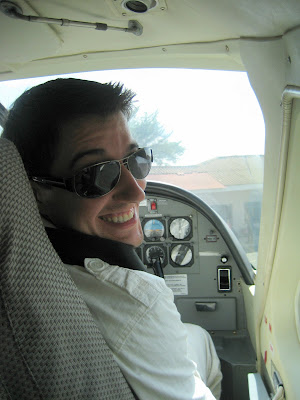 This is Matt's verison of flying first class: convince the pilot to let you sit in the cockpit for the flight. 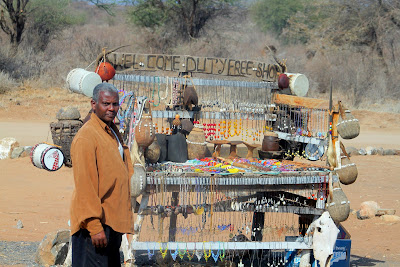 This the "airport" at our first stop. You've got to love this guy's sense of humor. 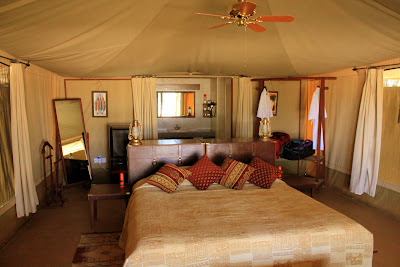 Don't feel too bad for us, this was "roughing it" at the Larsen's Camp - easily the nicest tent we stayed in. 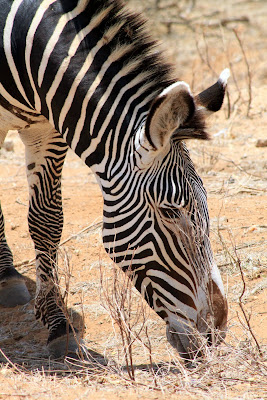 Zebra's really can change their stripes! This the the Grevy's Zebra indigeous to the area, you'll note the stripes are thinner and closer together. 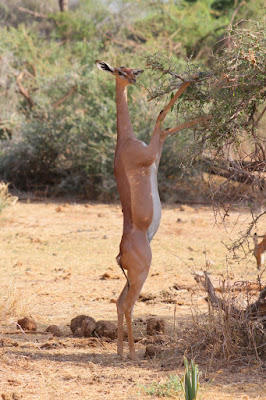 Only found in East Africa, the Gerenuk is so strange! They stand on their back two legs to feed on the leaves. With the right amount of backlighting they totally look like ailens. 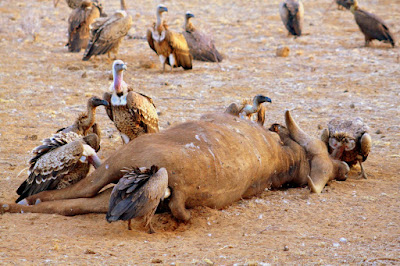 Not for the faint of heart. It's clear that voltures will go to any length for a meal. 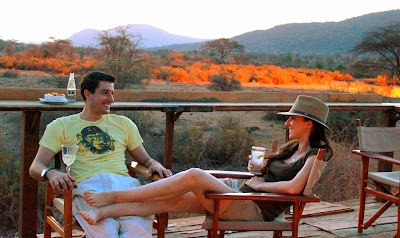 Every evening game drive concludes with "sun downers", it's a little slice of heaven. 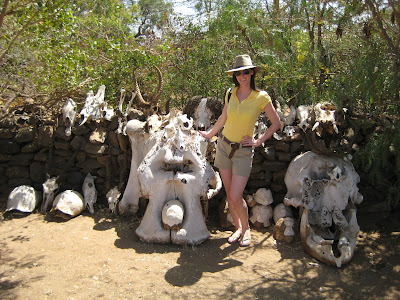 The Sosian Ranch keeps a little library of any skeletons they find, check out how huge this elephant skull is! 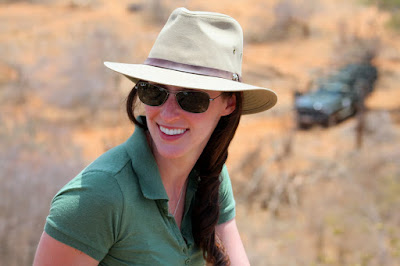 Apparently Matt is moonlighting as a photographer for RayBan ads. 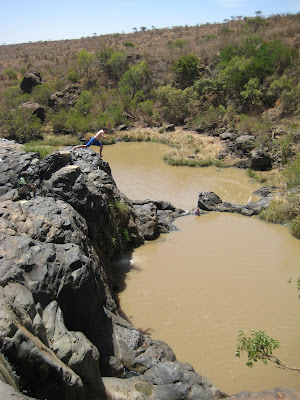 We should have known that your honeymoon would be at least as exciting as the rest of your lives up to now! All the photos are great, but the shot of Matt in the cockpit is priceless. I would definitely get off of any plane where the pilot has a smile like that.

the water in the 'super mario brother' pic seems a bt too muddy, hope he got out of it with lil or no trouble.