Happy New Year from the edge of the earth! Matt and I were very lucky to spend New Year's Eve on Waikiki beach on the Hawaiian island of Oahu. It was fabulous! Before you tell us that we are getting a little to travel-happy you must understand that I had 300,000 Delta miles that were due to expire at the end of the year. After a quick look at the miles map it became pretty clear that the best 'domestic' deal was Hawaii, so off we went!
We started NYE day off at Pearl Harbor. The weather was beautiful and the shine was shining. It was hard to believe we were looking at the scene of the most deadly attack on American soil. Matt and went through all the exhibits and even had the chance to climb through the USS Bowfin, a WWII sub that is moored in the harbor. 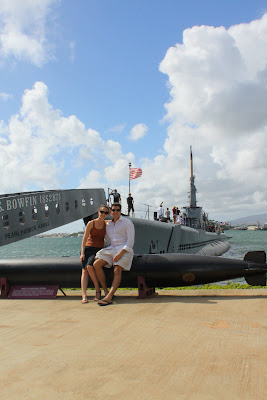 Sitting on a torpedo at the front of the Bowfin. 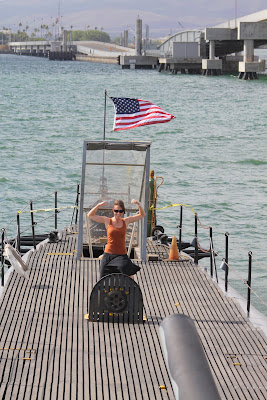 Doing my best "Rosie the Riverter" on the decks of the submarine.
From Pearl Harbor we headed to our dinner cruise which was sailing off the coast of Honolulu, Waikiki and Diamond Head. We saw a magnificent sunset and for the first time in our lives - the green flash! I was thrilled with the lobster dinner, I just didn't know I was going to get the whole crustean on my plate...Matt had to help with that. 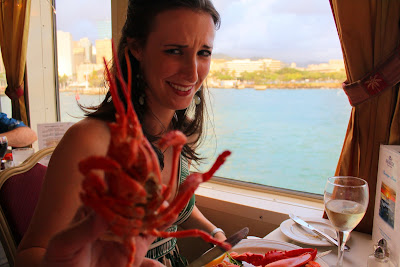 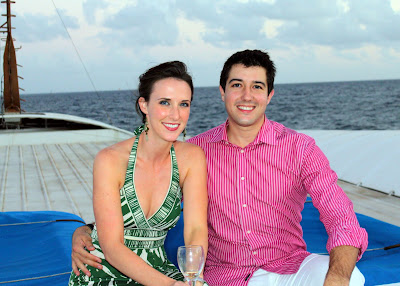 Hanging out on boat just before the last sunset of 2009. 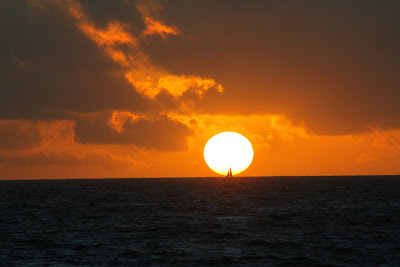 See ya next year Sun! Matt managed to catch this shot just as a sail boat got in front of the light.
2009 was such a good year we just decided to make it last as long as we could, and by celebrating it in Hawaii, we were some of the last people to countdown the clock in the whole world (only Midway celebrates later than us)! By the time we sang Auld Lang Syne it was 5am on the US East coast and 2pm in Dubai the next day.
We rang in the New Year at a huge beach party on Waikiki complete with a spectacular fireworks display. Our only resolution is to make this year even better than the last - Happy New Year everyone! 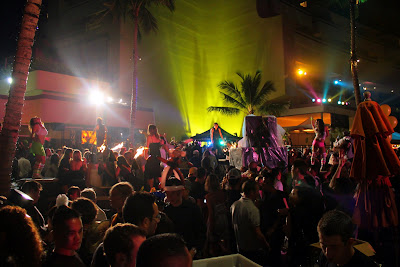 The scene at the beach front. 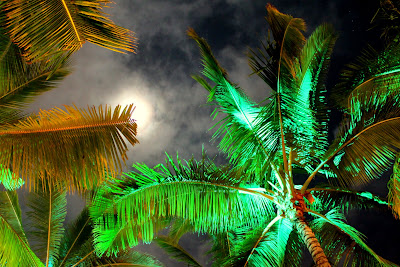 A very special blue moon just for the New Year! 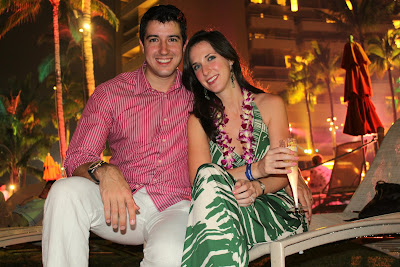 The picture at midnight. Cheers! 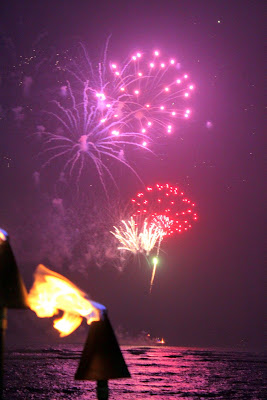 That sure beats Times Square.

'Don't see how you can possibly keep that New Year's resolution, but we'll be watching this space for more adventures!