It's All Greek to Me!

We love getting visitors in Dubai and it only adds to the fun when their arrival is a complete surprise (we rarely get people "in the neighborhood")!  At 8pm last Wednesday Matt called me and asked "is the house clean"?  This means he's up to something.  As it turns out one of Matt's friends from high school had been attending a conference in Jordan and had a few days to spare and with a call placed on his way to the Amman airport was now on his way to Dubai.  We love our visitors for many reasons: company, conversation, and...narcotics.  Once Dino snatched us a few bottles of red and a bonus bottle of Laphroig on his way in - we happily welcomed him to our home.  (Note: the price for admission is an all-time-low 5 750ml bottles per person.  Act now!) 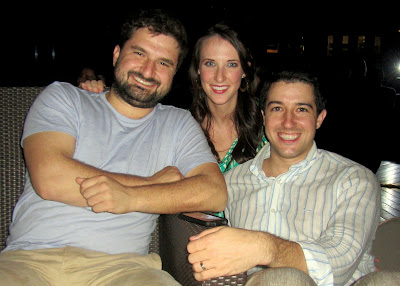 Dino told us upon arrival that his two short-listed options for his few days off was to visit us or Petra.  I'm going to be honest.  We cannot compete.  Thus commencing a round of wild insecurity and our attempt to show him the best time possible in the coming two days.  We did enjoy afresco drinks and dining at a few of the city' hots pots and Dino made great time seeing the city's requsite tourist sites.  When I suggested that the Big Bus Tour would be an excellent way to see all the sites, he stared me right in the eye and said, "There is no way I am doing that."  Clearly, we had under estimated him!  (He saw the sites in record time). 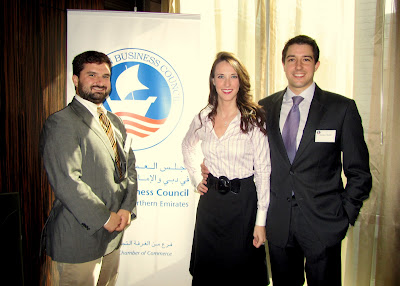 He also accompanied us to our monthly American Business Council luncheon where our guest speaker was the head of the Export/Import Bank.  I'm sure Dino could have contributed a lot to the pre-lunch conversation as an Fellow for the International Reporting Project at The Paul H. Nitze School of Advanced International Studies at John Hopkins (I took that straight from the business card).  I, however, just told people that he used to work in Mexico City (as the Bureau Chief of the Economist, no less - which I left out, I mean...why brag?)  So he regaled our ambassador with stories of how exactly how not to get kidnapped in Mexico City.  Well played Dino, well played. 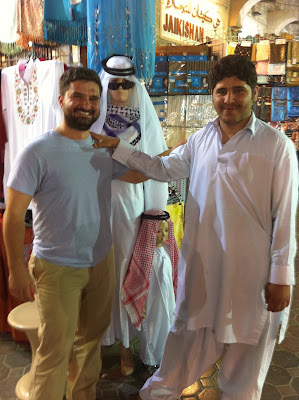 Dino also expanded his group of friends, and I'm told actually commissioned one of the stylist national dress costumes in the background.  Stay tuned for this look at the next Kakaes's family New Year's Eve Party!

Thanks for coming to see us Dino!

That must have been a surprise! Dino looks right at home.

Kind of makes you want to start humming, "It's a small world after all..."