Dubai sex-on-beach offender Vince speaks, should be thrown back in jail with shoe in mouth 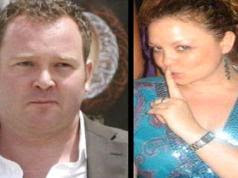 CNN is running a video interview on their website today with Vince Acors, the man thrown in jail in Dubai for having sex on a beach after a long bender at a Yolumba Dubai brunch (remember those posts?)

I'll be honest - in the beginning, we were rooting for this guy. Two years in prison for public indecency and drunkeness is a bit much (funny fact: in Canada, it's 10 years!). Then it was commuted to 3 months and deportation, which didn't sound so bad (after all, he was REALLY drunk and resisting arrest, naked).

But then we met himat a party our friend threw before Thanksgiving. Not only did we think it was weird for a guy who was on trial for drinking and out on bail to be completely wasted, but apparently he thinks it's his right to be a complete tool.

At the party, he started destroying furniture and starting fights - run of the mill for some angrier drunks, but this guy had to be locked in a room. When he busted out, the rest of the party locked him out of the apartment just as we were leaving. The four of us are waiting for an elevator watching him, steaming mad, pacing back and forth in front of us. Finally, he says "F*CK IT" at the top of his lungs, gets a running start, and KICKS DOWN THE DOOR of our friend's apartment. The door comes off the hinges, splinters fly everywhere, and we head into the elevator as quick as possible.

Apparently he went back in and started a few more fights before being forcibly subdued - he only paid back the owners of the apartment once they threatened to take him back to the police with a fresh new story of his debauchery.

Unfortunately for the world at large, this guy was convicted, deported, and just set free back in the UK. Of course, this means you can now hear his sad, sad, tale straight from his own mouth on CNN. I especially love the part where he isn't releasing any details of what he did with his girlfriend - until he gets paid by a British tabloid (honestly - his words). The second-favorite part? "I was naive". Umm - "I was just under the impression I could get drunk, take a girl out to the beach, get naked, resist arrest, punch a policeman, start fights at parties, and break down my friend's front door. What, aren't Muslims supposed to be good-natured hosts?"
I can't wait for Jon Steward to get a hold of this one - here's the interview:
http://www.cnn.com/video/#/video/world/2008/12/29/sot.uk.sex.beach.presser.itn
Posted by Matthew Mueller at 10:42 PM