Rock Climbing in the UAE 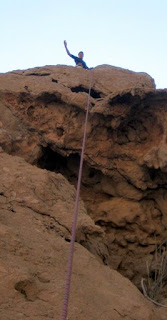 Now that we are in India, I’ve had some time to decompress and reflect on the last few days.  Before we left I had the chance to spend the day rock climbing with my friend Tom.  Let me start by saying - it’s hard being a lanky guy – except for the occasional swim meet, monkey impersonation contest, or reaching for ajar on the top shelf, there’s not much we’re good at.
That’s why I jumped at the chance to start rock climbing.  Plus, adrenaline is a great way to clear your head after a long weekend. 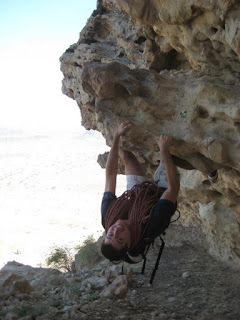 Just a few dozen kilometers outsides of Dubai, the desert gives way to barren peaks.  It’s dead quiet as well, with nothing around as far as you can see in any direction But life is there, evidenced by all of the poop on the side of the mountain.  What are goats and camels doing up there anyway? 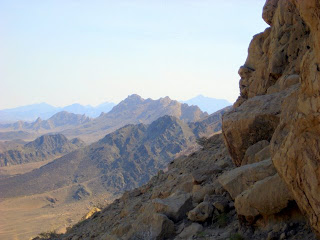 With perfect 72 degree weather, it was easy to spend an afternoon on the rock.  That, and the weird formations were just like the handholds in the gym climbing wall – very cool. 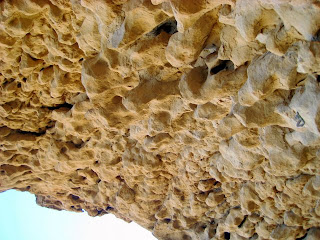 After getting over the “shear” terror of the cliff, I managed my first climb.  Rappelling back down, I left my first patch of skin on the mountain - sorry, no photos of the blood. 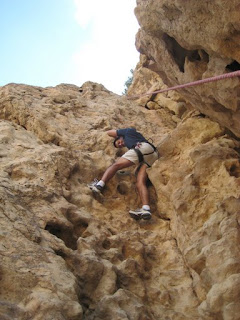 We don’t know who setup all of the clips and chains on the rock, but there are over 40 routes - some easier to find than others.  Apparently, there are quite a few all around the UAE, so stay tuned for some more locations! 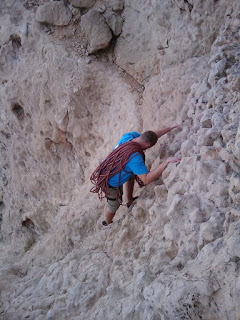