Never Too Old to be Prom King

The Oil Barons Ball was, well, a ball! We had a great dinner, fun music and beautiful weather. However, I think that Matt and I might have had a bit more fun than our friends. As we walked into the ball there was a lady with a clipboard who approached us and asked if we wouldn't mind having our picture taken in their photo booth. Matt and I figured, that we could spare a few moments for a free picture. I mean we had gotten all dressed up, after all! As we were waiting for the picture, the lady said that they wouldn't be ready until after the awards. Awards? What awards? Turns out the pictures were being used to judge the Best Dressed Female and the Best Dressed Couple awards. Matt and I, looking like a obvious couple as we came in, seemed to have been unwittingly entered into the competition.

It wasn't until halfway through our main course, we realized they were serious, when they told Matt and I that we were finalists and that we needed to come meet with the judges! A bit confused and even more intrigued we followed her to a judges table outside, where the finalists of both competitions had congregated. We actually had to do a mini-interview, and model our clothes! Matt wowed them with his "I made this tux in 6 days" story and I did a couple of spins - and 30 mins later - we had WON! 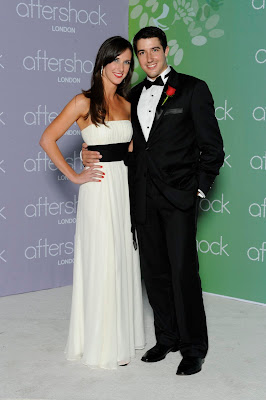 We were then brought to the stage in front of 5,000 people, chatted with the MC, were awarded flowers and had our pictures taken by various press outlets. Too much fun! What's even more fun (for me) is that the grand prize is 3,000 dirhams to Aftershock, a ladies clothing store. Sorry Matt! They gave him a bottle of champagne to compensate. I think that seems fair, don't you? 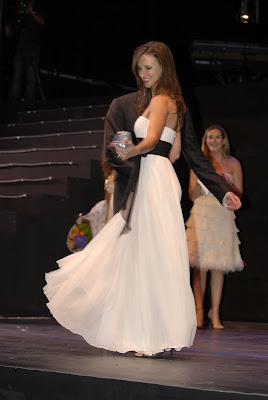 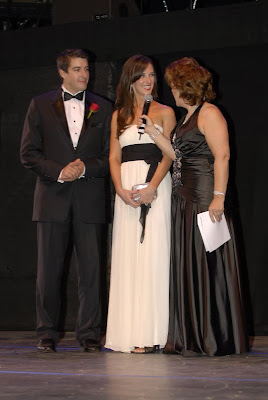 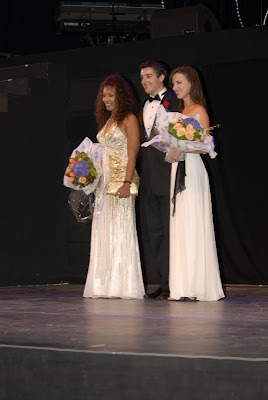 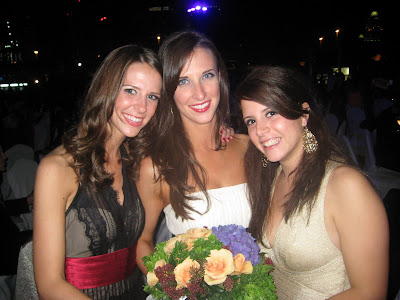 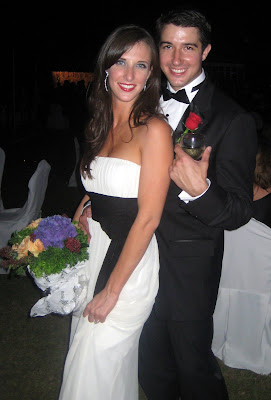 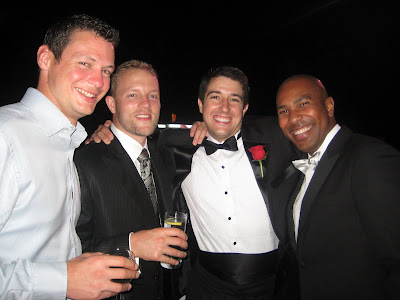 Congratulations - this should look good on a resume!

So Matt - did you tell the MC that after 6 days of tux-making, you rested on the 7th day?