It started off slow and steady and ended with a BANG, literally. To serve as the grand finale of Carlton's visit to Dubai Matt planned a desert extravaganza.
The weather was perfect as we headed out on a desert excursion, the traditional way, on camel back, of course! Our guide deftly handled the lead camel, which meant that the rest of our camels who were tethered to her were sure to follow. It was so peaceful to just stroll through the dessert and take it the surroundings. Camels don't really have a gait that it conducive to human riding, for the most part, but slumping side to side for a hour on their backs it actually quite soothing! 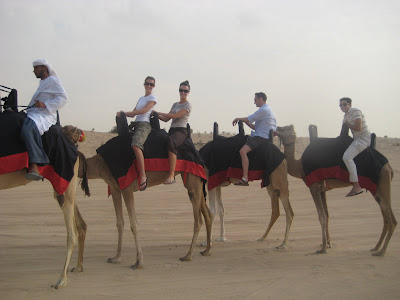 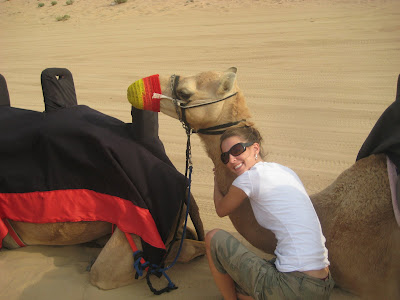 In direct contrast to our peaceful ride, we next decided to take on the desert on quad-bikes. We each got our own and were joined by our friend Basile, to terrorize the dunes. Well the dunes ended up terrorizing us with an impromptu sandstorm complete with high winds and a blacked-out sun. We had as much fun as we could until the sand in our eyes prevented us from seeing strait anymore. Although it's widely agreed that we can't wait to get back out there again! 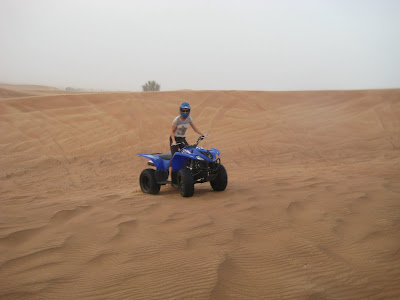 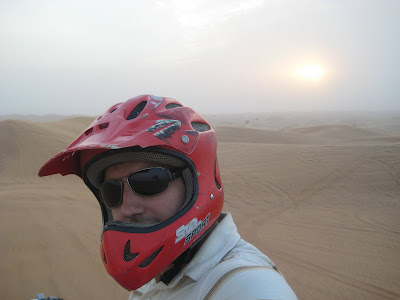 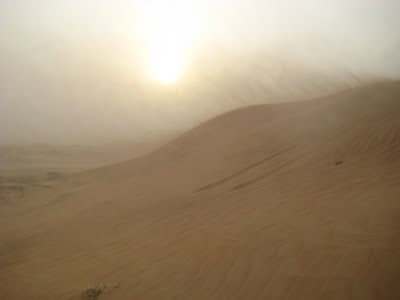 Then came dune-bashing in a 4x4 vehicle. Our driver was from Yemen and had been with the tour company for 11 years so he really knew his stuff. Driving on the dunes is quite a skill and he didn't disappoint. Within minutes, he was pulling some moves unlike anything we've ever seen and Lisa and I were screaming, then the aforementioned BANG happened. We blew a tire. With the sun setting fast, the changing of a tire on uneven sand the consistency of baby powder became the only entertainment for the rest of the night. It was, though, actually quite entertaining! 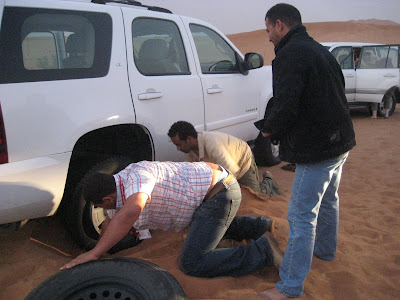 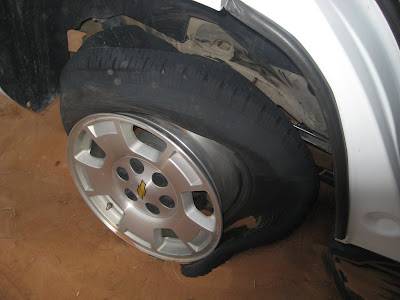 I guess the lesson is: stay on the camel!