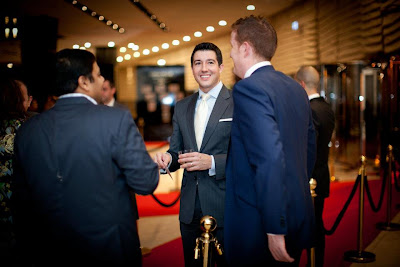 And...we're back!  What a hiatus - we came, we saw, we drove, flew, and walked all over the world, and are finally back in Dubai to focus on what counts - working off those extra holiday pounds. 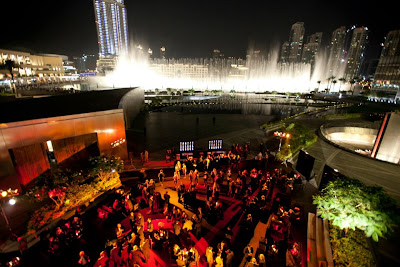 Step one - exercise those fingers with a little blog typing!  To kick things off, I'd like to bring you some photos of a little thing called the Chivas Legends Dinner, this year held at the Burj Khalifa's Armani Hotel, with guest Sir David Frost: 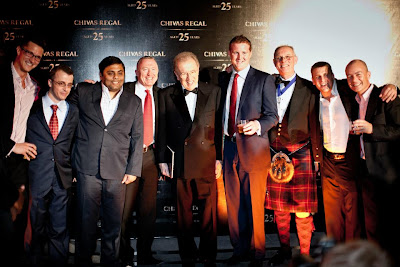 He's a bit of a firecracker, having an illustrious broadcast and reporting career spanning The Nixon Interviews (he's the Frost in Frost/Nixon), The Week That Was (a 1960's Daily Show), and
apparently being one of the most frequent fliers on the Concorde. 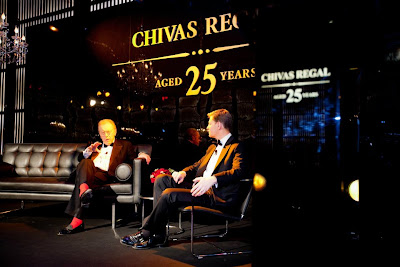 The evening was a blast all around - good food, good Chivas, and good fun - and a great way to cap off a great 2011. 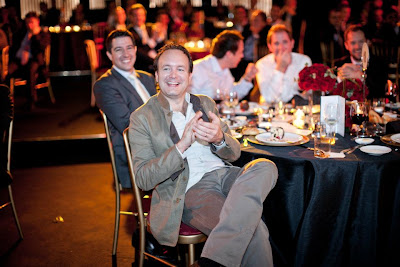 And, no that's not a famous person in front of me - just a guy who was apparently erroneously told that it was a "casual" event, and not to wear clothes from work.  True story - rather than step it up, he went khaki (and, yes, I'm laughing at him). 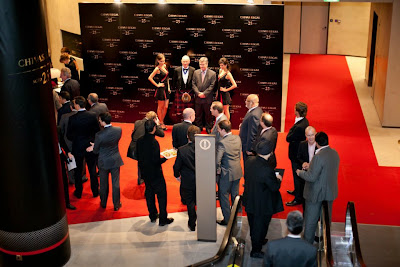 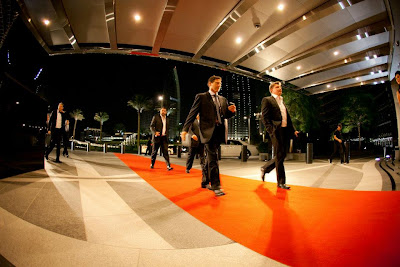 Of course, a hangover wasn't the only thing I had to worry about the next morning.  I've had to apologize for leaving Katie at the apartment to watch TV during my "Gentleman's Evening" - for that, you'll have to wait for our holiday festivities in the next blog posts!
Posted by Matthew Mueller at 10:47 PM

By now, either you or Katie should be developing a taste for Chivas.