It's been pretty noisy around here this past weekend as the sound of a helicopter going overhead was consistent.  Turns out the Mission Impossible: 4 crew decided that they were going to shoot some footage of the Burj Khalifa from the air.

That's right, the Mission Impossible: 4 cast and crew have been in town for weeks filming the new movie and the town has been a buzz!  Yours truly was even cast as an extra for one planned scene at a black tie function, but I had to turn it down because I'll be in Egypt with my parents the weekend they are filming!  I was so close to providing swanky background fodder for Mr. Ethan Hunt - darn!

However our biggest thrill came this weekend, when the aforementioned helicopter was flying overhead...what they were filming was Tom Cruise himself hanging off the Burj!

‘My sister Caitlin is visiting from our home town of Norwich. I told her I was going to show her something really special and took her to the tower with my wife and kids.

‘When we got there we saw this pair of legs outside and assumed it must be a very brave window cleaner.

'Then Caitlin shouted, “That’s Tom Cruise!” I said, “Don’t be ridiculous”, but sure enough, it was. I grabbed my camera and he smiled and laughed.

‘He was cool as a cucumber. Anyone brave enough to film up the Burj Khalifa Tower deserves a Hollywood pay cheque.’

Don't worry he can prove it. 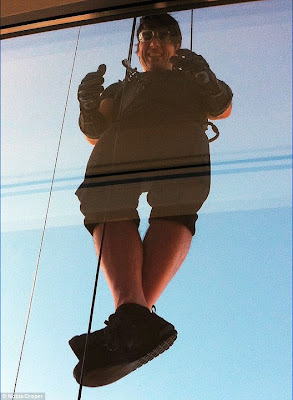 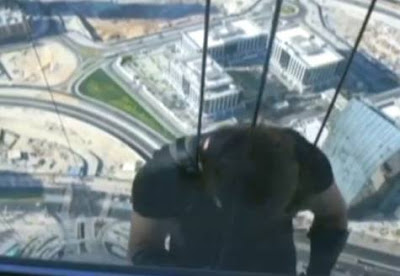 And a few shots courtesy of the locals: 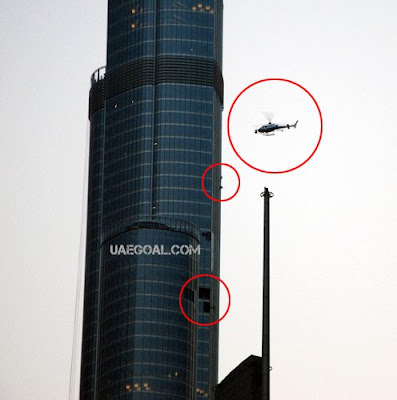 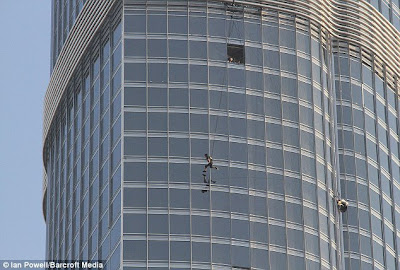 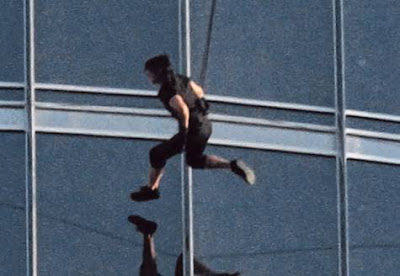 Welcome to Dubai Tom!
This blog post will self destruct in 30 seconds...
Posted by Katie Shaver at 12:54 AM