Hershey's chocolate, Hershey's chocolate,
Hershey's Chocolate World,
Wherever you go, near or far,You're always near a Hershey Bar.
Hershey's chocolate, real milk chocolate,
Hershey's -- the great American chocolate bar.
If you don't know the song, then you have so much catching up to do! Maybe I was brainwashed as a child but this song can make me smile ear-to-ear on demand. Growing up just 1 hour from Hershey, PA meant that not only did I live in a Hershey's house, but that a summer pilgrimage to the amusement park and Chocolate World was every Pennsylvanian's God-given right.  I've had Godiva, Galler, Teuscher, and Vosges - but none of them will ever hold a place in my heart like Hershey's.   So you can imagine my sheer joy when I found out that a Hershey's Chocolate World store would be opening next door at the Dubai Mall!  As I secured us tickets for the opening, visions of Mr. Goodbar, Krackel and Reese's Cups filled my head.  We arrived just in time to see my buddy Mr. Reese's - it'd been too long. 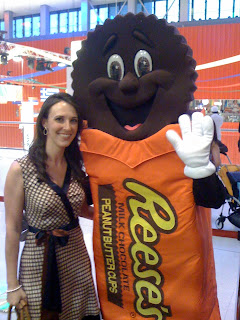 Oh, and of course see the ribbon cutting by our own American Consul General and his kids. 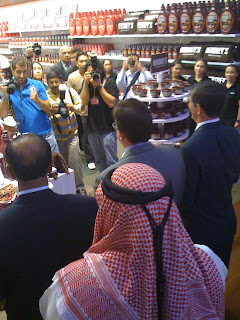 Once we were granted access we tore through the store like, well "like a kid in a candy shop". I squealed when I found the first Peppermint Patty that I'd seen in Dubai and stopped dead in my tracks when I found the Twizzler's Black Licorice! (Yeah, yeah I know 99% of you think it's gross - that's just fine by me. My mother-in-law and I are happy to buy your share). 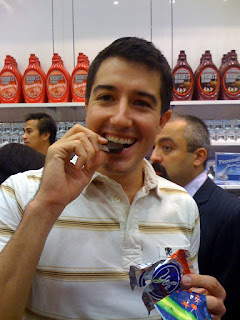 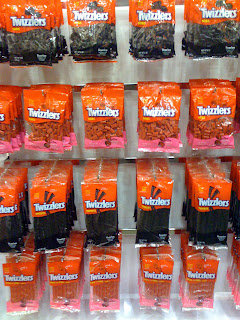 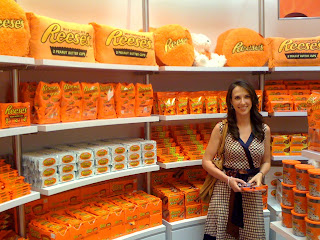 We pranced around the store while snacking on our new found treats when we were offered the chance to have our picture on our own chocolate bar - didn't have to think twice! Check out this baby, with the Matt and Katie calorie free guarantee. 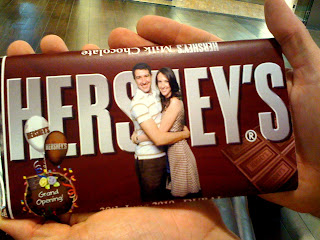 We shouldn't have filled our tummies so early however. As we went to leave the lovely land of chocolate (Matt was wrestling with a 7 year old for a PayDay) we were given the ultimate reward. I had dreamed of this moment so many times as a kid and now it was upon me. We were gifted the Largest Chocolate Bar in the WORLD! 5 lbs of Hershey's chocolate and it was mine, all mine! Matt couldn't contain his excitement so he offered this display of joy in front of our Emirati friends. 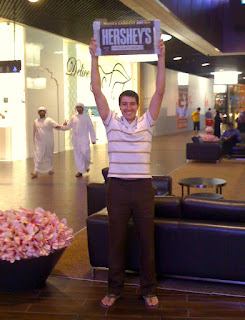 So, who’s coming over for dessert?

And we made it into Ahlan magazine! 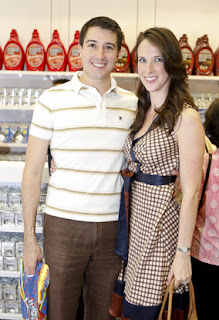 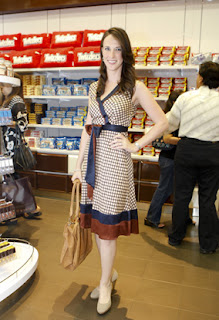 Now we want to see the photo of what happened when you carried your five pound Hershey bar out into the Dubai summer heat.

If you finished it before you left, we don't want to know.