I'll begin with a famous scene in the Simpson's 1995 called "Lisa the Vegetarian"...
Homer: Wait a minute, wait a minute, wait a minute. Lisa, honey, are you saying you're never going to eat any animal again? What about bacon?
Lisa: No.
Homer: Ham?
Lisa: No.
Homer: Pork chops?
Lisa: Dad! Those all come from the same animal!
Homer: [Chuckles] Yeah, right Lisa. A wonderful, magical animal.
Homer needs to take a trip to Spain where nearly every restaurant is a temple to this magical animal!
Secondly an admission - yes we are those people who take pictures of food.  We've got to eat, so we try to make it interesting!  Here are some tasty treats from Spain! 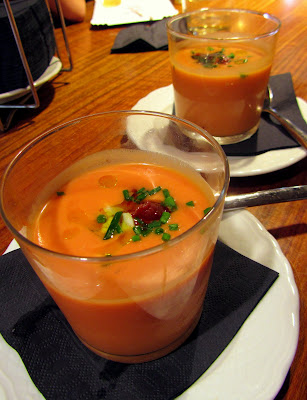 If any one dish deserves the Gold Medal this trip it is gazpacho!  Matt and I are pretty much equally obsessed, and we managed to eat a bowl for breakfast, lunch, and dinner everyday (nope not kidding).  Good and guilt free?  This stuff is magic. 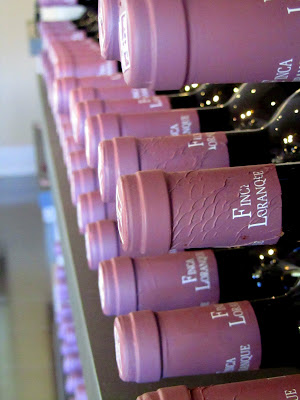 I've been told that wine isn't a food group.  I beg to differ.  With so little time and so many reds to try we settled on this delicious Granche from the Finca Loranque winery outside Toledo. 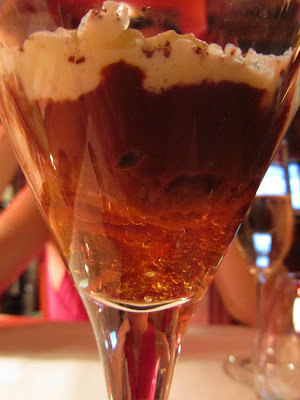 Yum.  It may be an Italian dessert but we didn't have any complaints regarding the Spanish version.  This is tiramisu is built in a martini glass starting with the amber Amaretto gel, a espresso mousse, and a cream top. 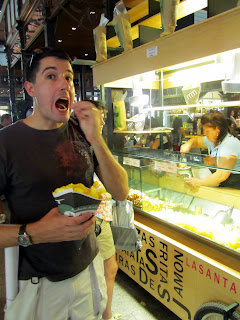 This is actually round two, Matt found this lady making homemade hand cut potato chips fried in olive oil and topped with sea salt, the day before.  By the end of the trip they were on speaking terms. 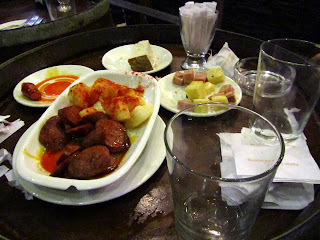 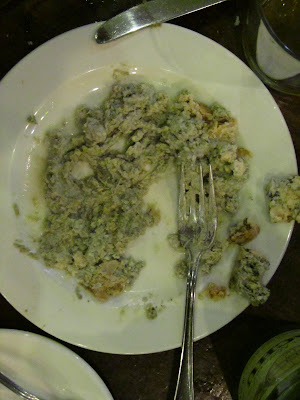 Looks a little gross now, but this is like a blue cheese smashed and mixed with the fresh apple cider featured in the last post and was just great on fresh bread. 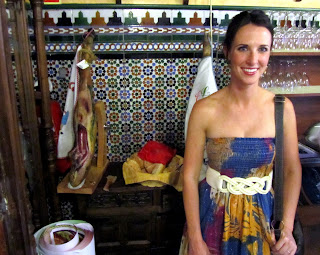 Leg of pork (with hoof) - both a carving station and an apron hanger? 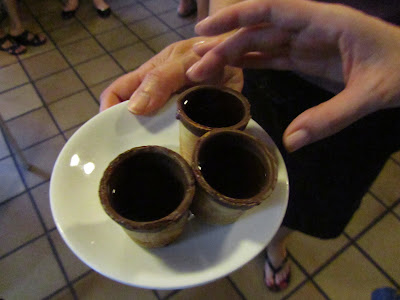 Ah, a real treat!  This liqueur is made from the berries of the Madrono tree (symbol of Madrid with the bear).  Although not really tasty raw they made a sweet berry tasting liqueur which is served in an edible shot glass!  It is the bottom of an ice cream cone sliced off and dipped in chocolate and then filled. Oh yeah. 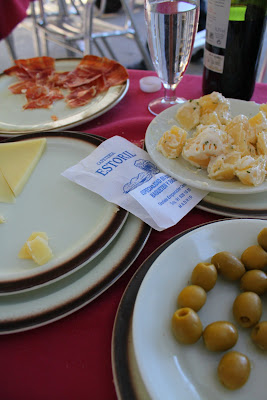 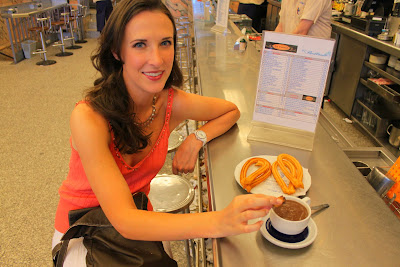 You can't leave Madrid without trying the famous chocolate con churros!  Fried dough (which Matt astutely mentioned looks like the stuff that used to come out of his play-dough machine) dipped in hot melted chocolate. 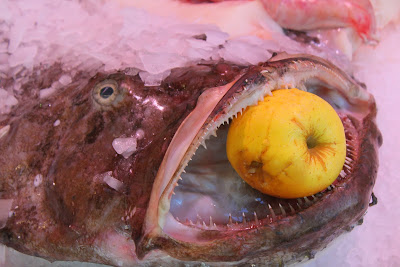 Yikes!  I had no idea this is what Monk fish looked like until I was introduced in the San Miguel market. 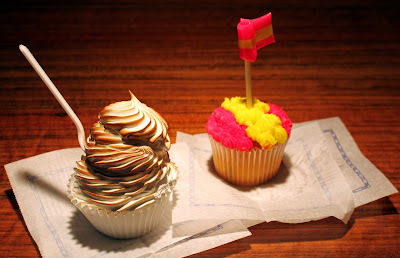 Matt's choice of dessert in the mercado a cup of meringue and a patriotic cupcake. 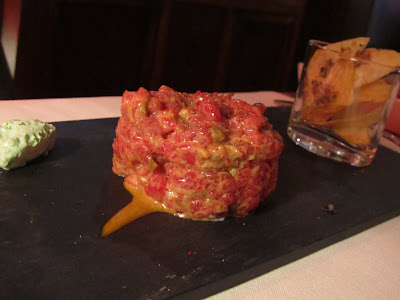 Maybe not everyone's cup of tea but this steak tartare at la Gastroteca de Santiago was served with fresh capers and citrus sauce and was awesome. 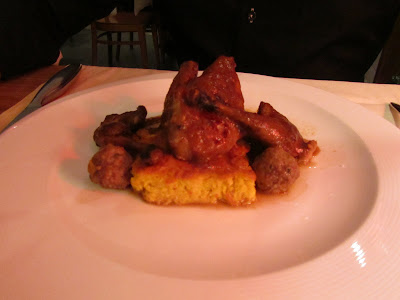 Matt enjoyed the Piegon, he just hoped it wasn't from New York City. 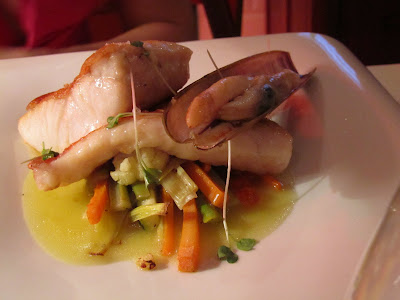 My fish dish came with a little surprise.  That little guy in the shell is razor clam.  First time I tried that. 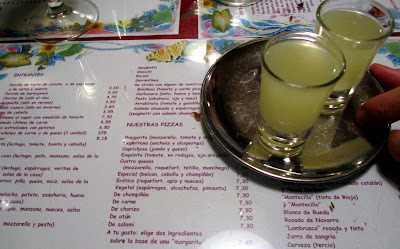 Ok! I admit it on our last night there we went to an Italian restaurant and went (gasp) vegetarian!  We couldn't take anymore pork...and that margarita pizza hit the spot, as did the complimentary limoncello.
Posted by Katie Shaver at 8:01 PM