Look, I'm totally fine with have my newspapers and world news coverage completely censored, but my MTV? No way! As I turned on the music channel to provide some musical accompaniment while building furniture (we have a TV stand now!) I couldn't help but notice that there were a few words missing from a number of popular songs. The absolutely hilarious bit about all this effort, is that the majority of words that most people would find offensive or swear words are left in! So what's missing?

Take Sean Kingston's popular song 'Take You There' where he sings in the chorus "We can go to the tropics, Sip *piña coladas*, Shorty I could take you there". Pina Colada! Seriously? Then rest of the song raps about guns and street violence, I don't think a pina coladas are your biggest problem. Then there is Nickelback's song 'I Wanna Be A Rock Star' where he sings, "'Cause we all just wanna be big rockstars, And live in hilltop houses driving fifteen cars, The girls come easy and the *drugs* come cheap, We'll all stay skinny 'cause we just won't eat" Forget the fact that they are singing about easy girls and encouraging anorexia, the word 'drugs' is the only thing missing from this song. 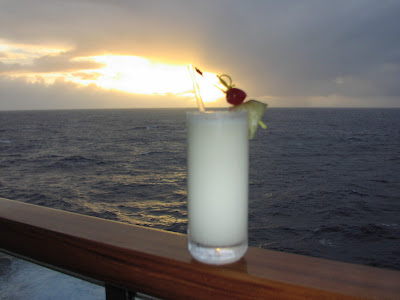 In a country where alcohol consumption is considered immoral, and drugs are illegal you can understand why they want to rid popular music of these terms. What is more amazing is the derogatory terms regarding women, that remain, or the explicit discussion of gun violence, or even the oft used swear words that most would find offensive. For an ancient culture who is trying to bring themselves into the 21st century as a world leader - I don't think pina coladas are your biggest problem. Especially when I change the channel and the next music video features men wielding swords and thrusting AK 47s in the air. Just saying is all….
Posted by Katie Shaver at 1:31 PM

that reminds me of how in "thank you for smoking", they replaced all if the cigarette images in old movies with like, bananas and coffee cups...

Exactly! They should have replaced it with those bubble gum cigars that we got when we were kids. Remember those? Bubble gum cigars, who's genius idea was that!