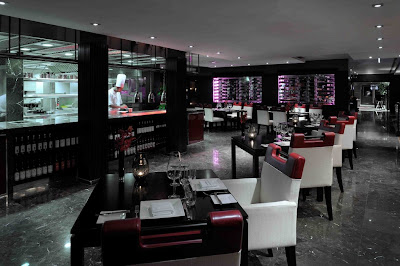 Let's get ready to rumble!  The Iron Chef has come to Dubai via one of our favorite restaurants, Nineteen.  They played host to a culinary cook off between two top chefs in Dubai - David Attwater from the UK, Chef de Cuisine at the Address Montgomerie Dubai (the defending champs) and Specialty Sous Chef Chinthana Pathirana from Sri Lanka, from the Dubai Marina Yatch Club.  Each of the chefs were equipped with a dedicated team of four to help them create a tasting menu from the night's secret ingredients - wild mushrooms, quail and vanilla. 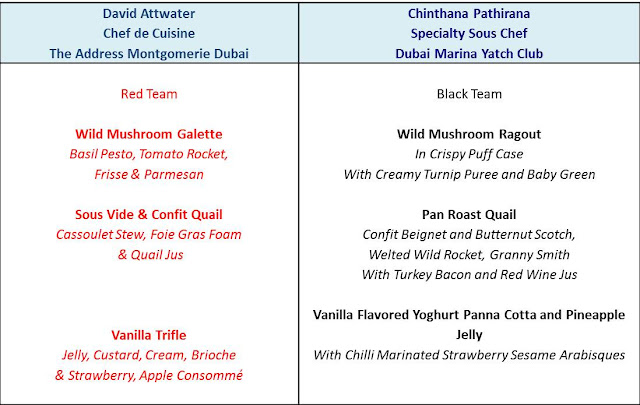 The chefs were monitored in the kitchen by the referee for the night, Nineteen's own head chef, who docked points for various plating and timing indiscretions.  Then we were served up our dishes in a blind taste test and asked to rate our tasty fare. 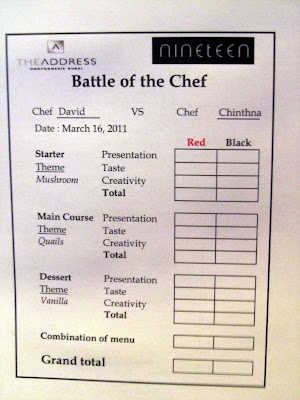 The evening was a great success, with both chef's bringing a delicious menu to bear and the atmosphere was charged with anticipation and competition - just the way I like my food spiced!  We didn't have Alton Brown offering ringside commentary in this version, but the MC kept things exciting with live interviews from the kitchen and comments from the judges (us!).

The dishes were exciting and interesting.  The Black team's wild mushroom ragout took top marks for the most delicious dish and the Red Team's dessert was especially innovative including an apple consomme that melted in your mouth.  Each team was picking up points and I couldn't predict what the other diners would score them.

At the end of the night we waited with bated breath to here the results.  My own scorecard was split down the middle with a 36-37 spread, and I couldn't wait to see who had edged out ahead.  After careful calculating Chef Chinthana Pathirana from the Black team had pulled out the win!  He's unseated the current defender and now will have to defend his new title next month.  We can't wait to see what the new ingredients on hand will be!

Now if we could just get Bobby Flay to "throw down" over here! 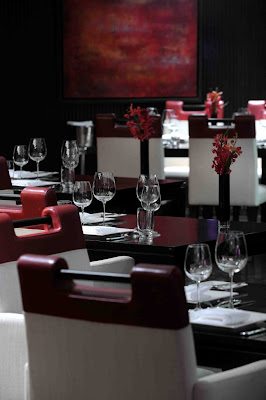 The elegant interior of Nineteen restaurant. 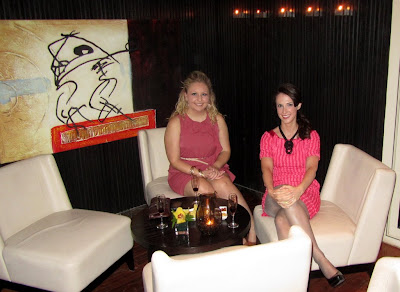 Fiona and I waiting for the action to begin.  We were served a sparking red to start.  I'm was intrigued! 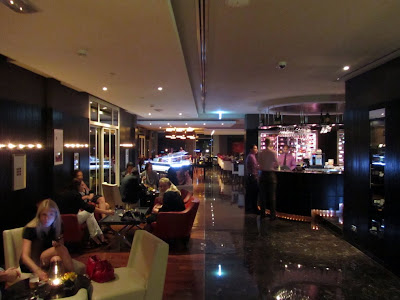 I'm obsessed with the Lucite Galaxy piano at the bar (self playing), you just plug in your iPod and it plays to accompany the song - awesome.  I'm asking for one for Christmas. 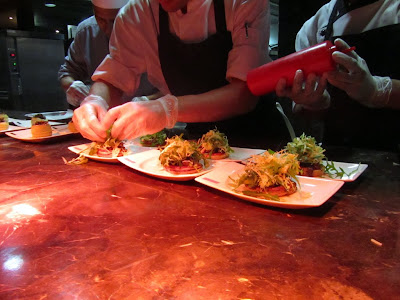 The plating action in the kitchen. 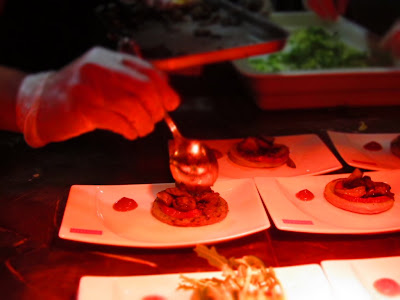 To take these pictures Matt inevitably had to see which team was plating which treats, but he refused to spoil the fun for us! 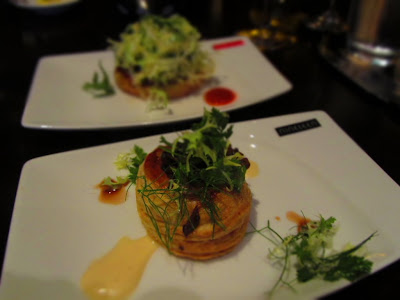 The mushroom ragout got top marks for taste with me! 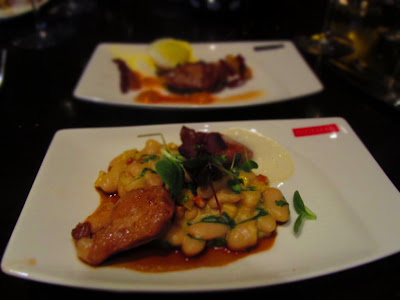