The Dubai International Film Festival (DIFF) is in town and Matt and I didn’t waste any time attending a thought provoking, intellectual, and soul-searching new film. Ok, so it was animated, but it was fantastic!

Having just made Time magazine’s Top 10 movies of the year, we sought out the Dubai premiere of the Fantastic Mr. Fox. I’ve been a big Roald Dahl fan since I was a kid but I wasn’t familiar with this tale, so I was really looking forward to seeing it. I was out gunned by most of the eight and nine year old kiddies who ran into the theatre clutching their worn paperback books.

The movie was directed by Wes Andersen in a beautiful stop-motion animation, they’ve come a long way from Gumby! It was funny, witty, sweet, and packed with multi-generational humor. It didn’t hurt that the characters were voiced by the likes of George Clooney, Meryl Streep, Jason Schwartzman, and Bill Murray.

Later this week we will be attending another movie premiere, which might carry a bit more adult cache – it’s the Princess and the Frog! 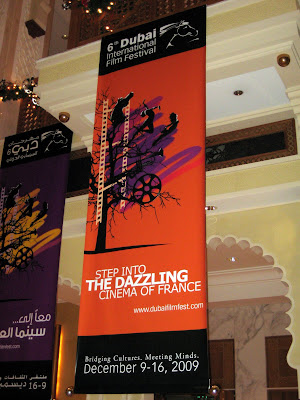 Check out the whole DIFF line up at http://www.dubaifilmfest.com/ 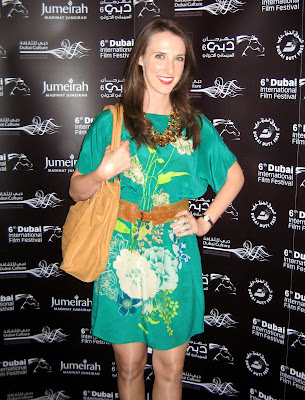 Walking the red carpet with the kiddies!

What? No photos of you with Mr. Fox?