Isn't It Enough to Have a Cool Car?

In this day in age I probably shouldn't be surprised that you can pretty much buy and sell anything, but the question is how much are we really willing to pay for an indulgence or a status statement? One of the hottest commodities in Dubai is not only your car, your house, your jewelry...it's your license plate.

You see they only started issuing license plates in the past few decades. They didn't need to accommodate for alot of people at the time and as such they simply started with single digit numbers and went from there. As they systematically handed the plates out it became apparent over the years that you were able to easily identify the families and individuals who were some of the first residents of the newly formed country of the UAE and saying that you were one of the first people"officially" living (and driving) here equals status.

In the past thirty years this has developed into a full scale market where status-seeking people are willing to pay BIG bucks for a licence plate that is either a low number, or quite simply 'cool' (ie. 212121, 555555, etc.) Matt and I recently were recently paging through a magazine when we got to the classified section, it included nearly 3 pages of license plates for sale, some are selling for up to $300,000! In my neighborhood paper we used to advertise yard sales and deck staining services, so this is quite different. 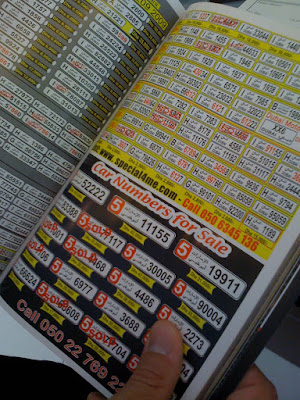 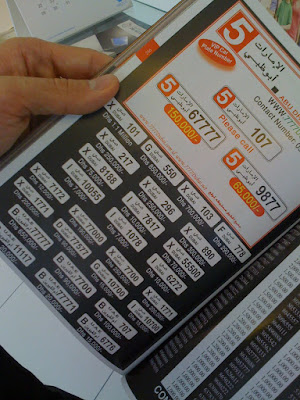 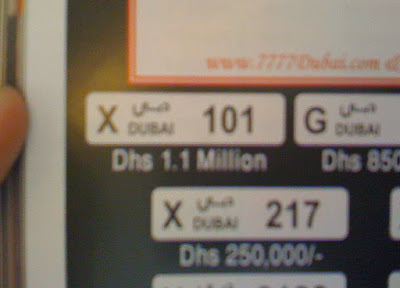 However, in the event that you decide you want to make the investment, you can be sure you are in good company. This guy has the best plate out there and he doesn't have to seek any status, Sheikh Mohammed's Mercedes is quite simply "1". 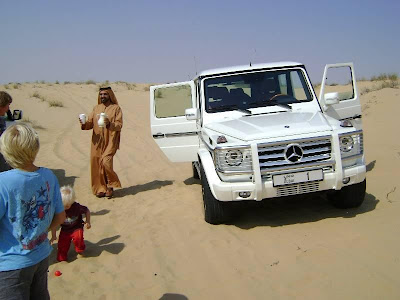 So is 2KOOL4U still available?