The "Out of Africa" Experience

The key to understanding a Kenyan safari (especially one that originates in Nairobi) is to watch the movie "Out of Africa". I'm not kidding. Matt and I had no idea how woefully unprepared we would have been had we not watched the movie 2 hours before landing. On a whim, Matt loaded up the movie on his laptop and thought it might be "neat" to watch it before we went to Kenya. Well, that and every woman from my parent's generation asked us if our honeymoon was going to be like "Out of Africa". Huh? We decided to investigate further - once the opening credits rolled we understood - ah yes, Meryl Streep and Robert Redford, who could ask for more?
Once we landed it was as if everyone in Kenya assumed that we were here because we had seen the movie. We were coincidentally staying in the suburb of Karen, and sleeping in a tree house that used to be on Karen Blixen's coffee farm which had a view of Denys Finch Hatton's grave and was only 15 minutes from Karen's colonial home. If you have no idea what I am talking about, I don't blame you, just go see the movie...thank god we did.
And so our Out of Africa adventure began! We began by staying in a tree house in the Ngong Hills outside of Nairobi - oh yeah by the way one of the first lines in the movie is, "I had a farm in Africa at the foot of the Ngong Hills..." I'm not kidding, we couldn't get away from it.
We saw so much in our short 1 1/2 days outside a Nairobi, it was such a great way to kick start safari.
A few stories worth telling:
-Matt and animals don't always get along. We visited a local sanctuary for the endangered Rothschild giraffe, and Matt was severely headbutted by the large female giraffe Daisy. Matt decided to stop feeding her to take a picture and Daisy wasn't happy about it. Caution: Giraffes in view finders are closer than they appear.
-Just hours later, at an animal orphanage, Matt was charged by a baby elephant who turned on him flared his ears and began to run directly at him. The handlers were able to slow him down upon which he turned to rub against me and raised his trunk to "say hello". Apparently, he didn't like how close Matt was standing next to me, even elephants get jealous!
-One night we were having a lovely dinner, when we heard what sounded like a small child being strangled. It was a consistent screeching wail which we ended up learning was that of the Tree Hyrax - the closest living relative to an elephant. It looks like a ground hog that lives in a tree, I'm not buying it!
Listen to it here:


Lastly, you may think that mosquito nets create a romantic touch to the safari experience. No. They are incredibly hot and make you mildly claustrophobic, especially when you wake up in the middle of the night and have a hard time figuring which way is out. You might panic, and end up on the floor rolled up like a burrito - I'm just saying.
Here are some of the highlights! 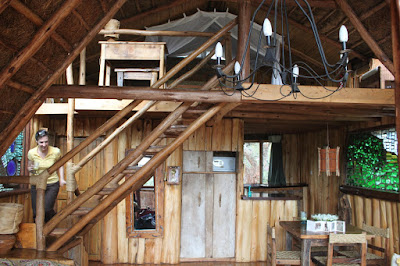 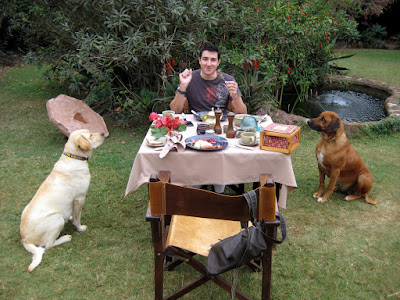 Everybody is your friend when you're having bacon for breakfast...they didn't move for an hour.

This guy is supposed to be the closest relative to the elephant - what? 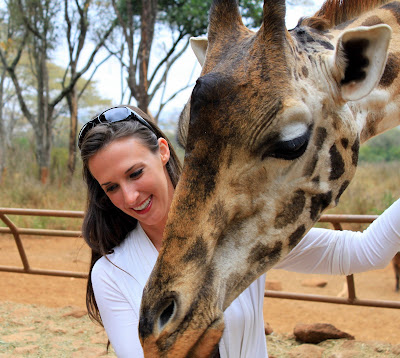 My friend Daisy at the sanctuary at Giraffe Manor 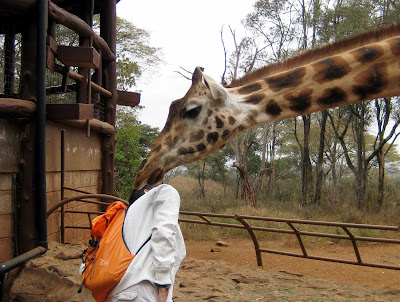 Headbutt, in action - I probably could have warned him...but what a great picture! 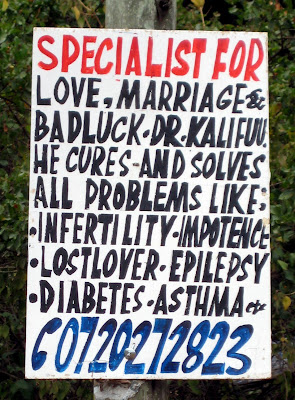 When was the last time you had trouble finding a single qualified doctor to help you with your bad luck, asthma, and lost lover problems? Search no more! 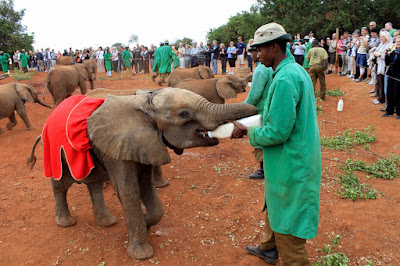 Even babies this big still love their bottles! (Also, the little guy who charged Matt) 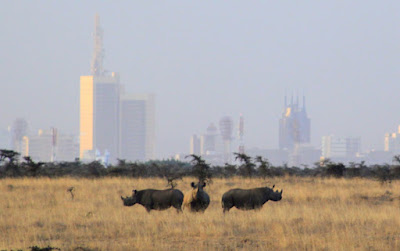 Nairobi National Park sits just in the shadow of the city, which makes for an amazing picture especially when you spot three rhinos! 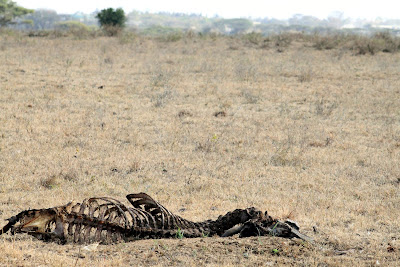 The recent drought as been tough on the wildlife, this guy wasn't so lucky - but as you can see nothing goes to waste. 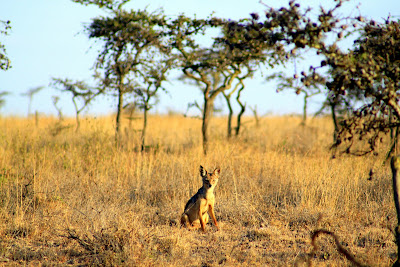 A little jackal poses for Matt 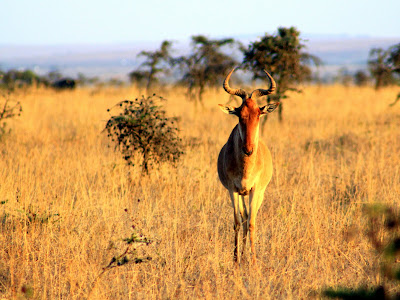 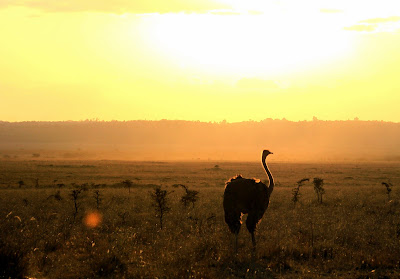 A fantastic picture of a male ostrich at sunset 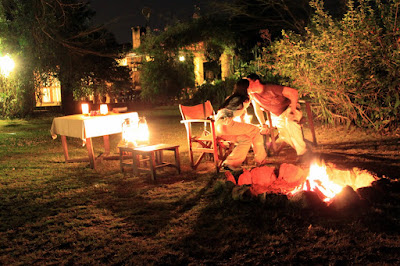 Hanging out at the fire pit, a nightly ritual
Posted by Katie Shaver at 6:16 PM

Thanks for all the images and commentary - do I still have to go see the movie?