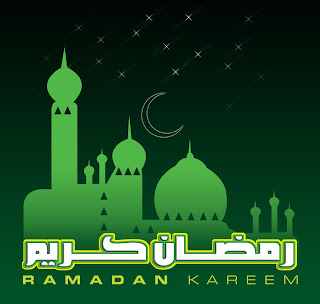 Forgive the late posting, we've been tired, cranky, and stuffed after one-too-many iftars!  August has ushered in Ramadan here in Dubai (and elsewhere, I suppose!).  As a quick refresher, the month of Ramadan (in the Hijri lunar calendar) is a very festive and spiritual month, prohibiting eating, drinking, smoking, and even some "marriage activities" from sunrise to sunset.  According to some scholars, the Muslim fast is intended to be both a sacrifice and a reminder of what it's like to live as those of us that are less fortunate.  And believe me, when Ramadan falls in the summer months here in the desert, it's definitely a sacrifice.

Due to the heat, the summer months always slow down around here - it's usually a direct correlation of increasing temperature to decreasing incoming emails.  For this reason, we usually coordinate their vacations in July and August to avoid melting our face off.  However, this is year is "cold" - many days hovering around 100 degrees instead of the usual 120 or even 130.  And as if on cue, it's been the busiest summer that either Katie or I have seen in almost four years here.  Don't worry, we're kicking the blog back into high gear.  And only 6 hours until sunset - buffet, here I come!
Posted by Matthew Mueller at 11:55 AM

From what I hear from my friends in Tokyo, it might actually be hotter there when you visit than in Dubai.