When I walked into work on Thursday and announced that it was Cinco de Mayo, I got a lot of "huhs"?  In a city this mulicultural you come across more national days, celebrations and commerations than you can shake a stick at, but the 5th of May is defintely one of the lesser known holidays.

So I attempted to explain how on this day in 1862 Mexico's army scored an  unlikely victory over French  forces at the Battle of Puebla.  And how without their invention the French would have likely had more influence over the state of the US union, and it was suspected that they were supporting Confederacy in an attempt to fracture the country.  Not to mention, based on this victory, to this day no country in the Americas has been invaded by a European military force.  Their blank eyes stared back at me...  Okay fine, it's a great reason to nosh on guacamole and margaritas (not that I ever need one)!  Is that what you wanted to hear!?

Thankfully the American, Mexican and Canadian business councils decided to make sure that this great day didn't pass without the desired amount of Mexican food and drinks and hosted a inter-council networking event at the fabulous Maya restaurant at the Royal Meridien.  Each of the Consul Generals were in attendance and participated in a ceremonial gift exchange.  In keeping with being the celebrants of the day, CG Alonso definitely took the cake with his gift.  Naturally, the Mexican CG thrust two premium bottles of Cuervo towards his peers and all was right with the North American alliance! 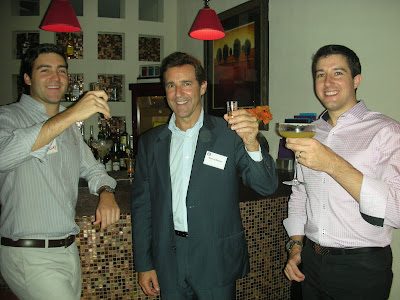 John, Browning, and Matt raise a glass of tequila to our Mexican friends! 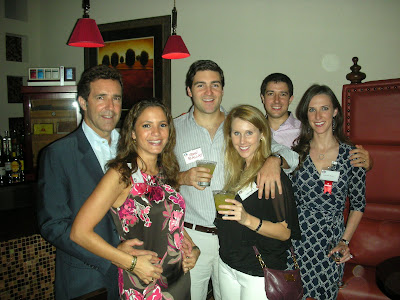