Duking It Out In Front of the Duke

Both man and beast duked it out in front of the Duke for the Nations Cup 2011 polo match.  The guest of honor was His Grace the Duke of Argyll from the United Kingdom.  (I know what you are thinking, and yes, his family clan DID create the actual argyll print.  They originally wore it on their tartans.)

It was a fabulous day for the match and we were treated to afternoon tea on the marquee while we watched the the semi-final between Pakistan and Great Britain (Pakistan kicked butt).  The main event was the UAE (defending champions) versus the Hungarians.  While I've struggled to follow polo in the past this match was incredibly exciting.  I don't know who was working harder the players or the horses!  At the end of time things were all tied up 5-5 and each side was "hungry" (I had to) for the win.  The UAE took one final penalty shot and Rashid Al Bawadi won the game for the UAE!

While the polo was fun, the after party was even better!  Players from all four teams worked the crowd in riding boots with a Royal Salute whiskey in hand (sponsor of the event) while the Duke ran an auction to raise money for the chosen charity of the evening.  The dance floor was full and may I say if you think you walk funny after a few hours on a horse, imagine how you would dance! 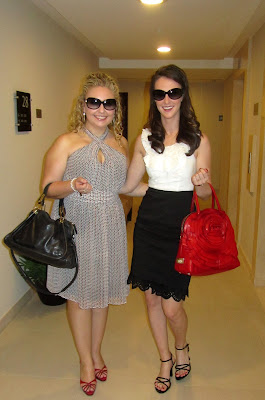 Fabulous Miss Fi and I on the way to the event! 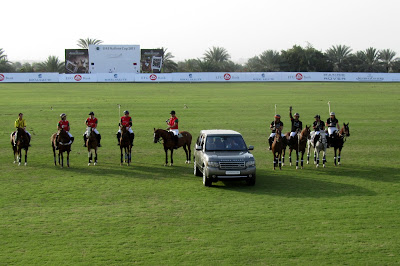 The start of the UAE v. Hungary match with an escort from Range Rover (event sponsor) 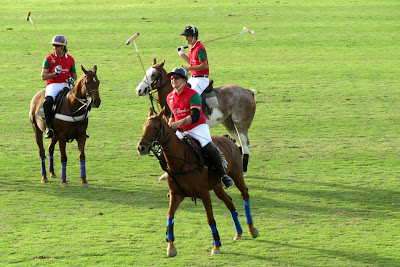 The UAE team in action. 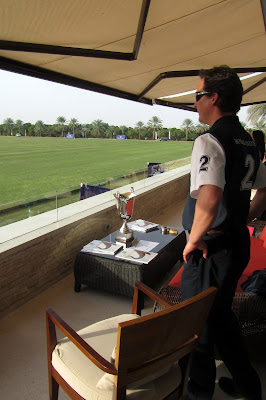 His grace the Duke of Argyll was entrusted to watch the cup during the match.  (He's number 2). 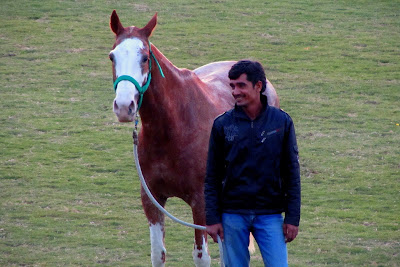 This beauty won the prize for best horse in the match. 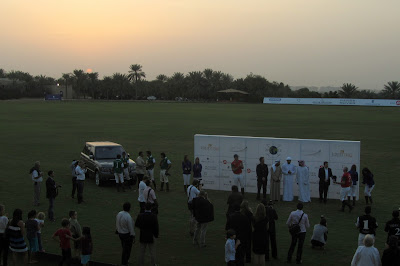 The final awards ceremony.  We had a great sunset! 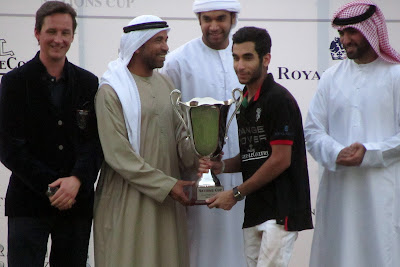 The Duke finally give the cup back and it's awarded to the captain of the UAE team Rashid Al Bawadi
Posted by Katie Shaver at 11:10 PM