When it's a balmy 110 degrees at night with 60% humidity you'll do pretty much anything to cool off!  This usually involves relaxing inside and taking advantage of the frigid air conditioning that you'll find in every mall, bar and restaurant.  The Nasimi Beach people at the Atlantis had a stroke of inspiration when it came to their latest promotion.  An adult pool party with all the swimming, drinking, dining, and dancing you could hope for.

After a successful 6 week run we finally had the chance to go check the scene out for ourselves.  I had been told that it was an all around 'chilled-out' affair, but when we arrived the place was teaming like an African waterhole.  Apparently the entire city had turned out to capitalize on their last party weekend before Ramadan and the scene was crazy!

Thousands of people turned out to run around in their bathing suits and alternate between cannonballs and Corona's.  MTV's The Grind had nothing on this party. 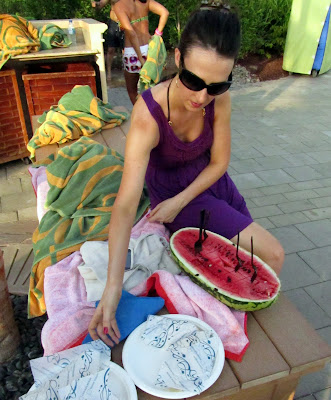 The day started out innocently enough.  With some pool side snacks, but when I remarked to Matt that the watermelon tasted funny, a friend who had been there before said 'that's because there's half a bottle of vodka in it'.  Oh.

Our little group managed to carve out an enclave of a few chairs and some highly desired pool-side real estate while the rest of the crowd literally vied for any spot of available pavement.  If there were rafters, they'd be swinging from them!  The only thing missing was the Discovery channel crew - if you wanted to observe the finer points of primate social interaction this was the place to be! 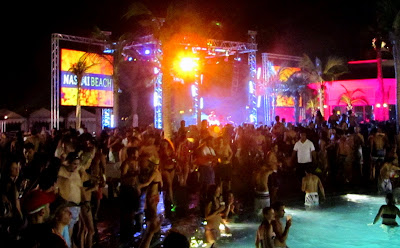 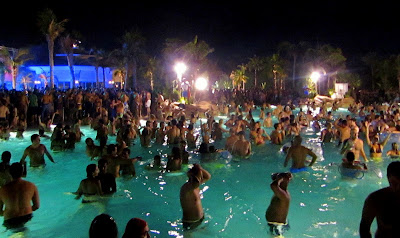 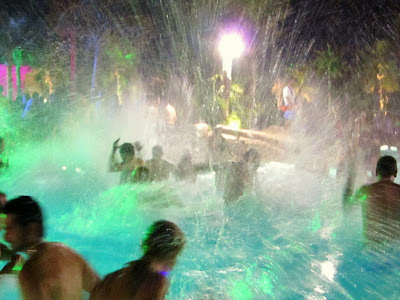 An intense splash fight...
Posted by Katie Shaver at 11:34 AM

Boy, these people sure enjoy their watermelon, don't they! Maybe I'll try mine with vodka next time.