When an artist's career spans your entire lifetime there is good reason to be impressed.  In Madonna's case not only did her concert in Abu Dhabi this past week confirm that she is the reigning Queen of Pop (Gaga who?) but that is she a total force of nature. 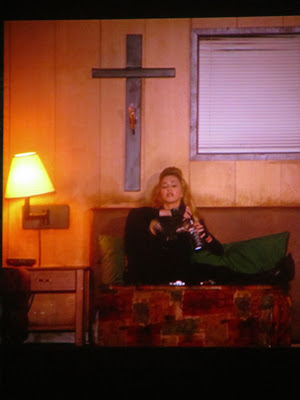 I must admit I had my reservations about seeing Madonna in Abu Dhabi.  I've wanted to see her in concert for almost a decade now, and the dates, times, and cities of her tours always seemed to elude me.  So when I learned that she was performing in the capital of the UAE, Dubai's older and much more conservative neighbor I thought - how much are they going to censor her? 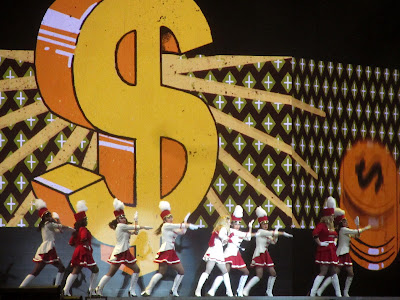 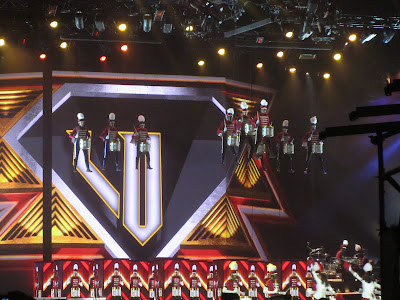 Turns out - not at all!  It was clear that she was there to take no prisoners.  So as she thrust her pelvis, tore off her shirt, and licked the microphone, it occurred to me - damn, I am watching Madonna!  It was 100 degree night and she put on a Broadway worthy stage production with the vigor (and the dance moves) of someone half her age.  She worked hard for her fans, and she was adored in return.  She was awesome! 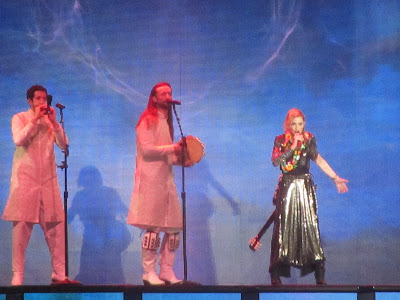 The complex stage numbers and interludes were nothing short of incredible, for 2 hours you're in her world and you're glad to be there!  As I jumped up and down to "Vogue" and reminded myself that I am looking at a living legend who is a mother, author, actress, director, and pop star I was filled with respect for her and how hard she works.  So if you get the chance to Madge, you'd be mad to miss it! 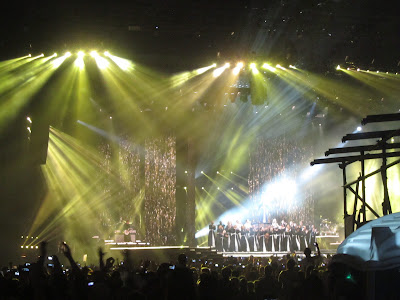 Oh and did I mention she performed "Like a Prayer"?  Yup, my life is complete.