Lights, camera, action!  When I visions of being on TV as a little girl I pictured delivering a line like, "I'm ready for my close up Mr. Deville." and not "I really love our granite counter tops!"  Alas, when the small screen came calling we decided not to be picky.

Back in August we were approached by a casting agent who contacted Matt and I through the American Business Council, to see if we might want to participate in a program that showed how Americans live abroad, how we make homes in far away places and adjust to different cultures.  Any follower of this blog knows that we don't miss a beat to share our experiences however weird or wacky, so of course we were happy to oblige.

After two months passed and we survived several casting rounds but hadn't heard anything more, we weren't counting on the call that happened at the beginning of last week when HGTV called and asked if we were ready to shoot at 7:00am in four days time!  Well...that pretty much put a stop to our weekend - let's put it this way, there is clean and then there is ohmygosh there is a camera crew coming to my house "clean".  After making sure you could eat off our floors, and stocking up on some fresh flower we were ready for our close up! 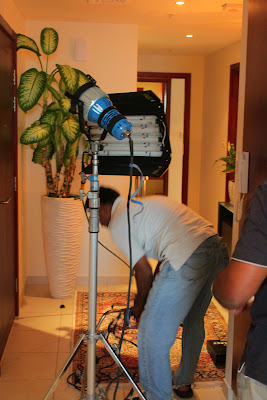 A crew of 10 arrived bright and early to set up all the equipment necessary for the shoot.  I have a new respect for how much work it must be to produce these shows. 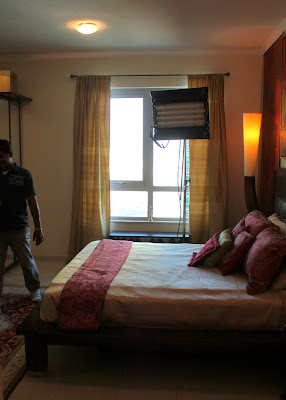 All the additional lighting was great around the house, I was sad to see it go! 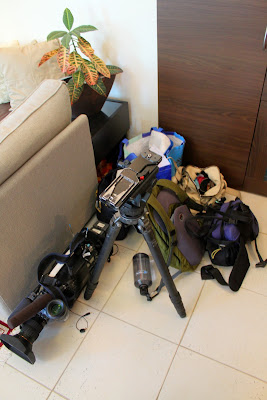 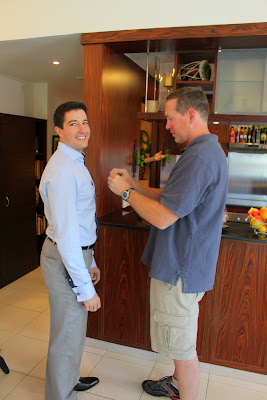 Matt getting mic'ed up for his interview. 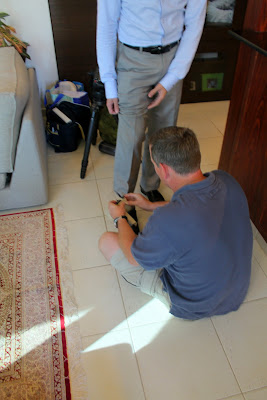 Apparently the mic gets clipped to your ankle - clever. 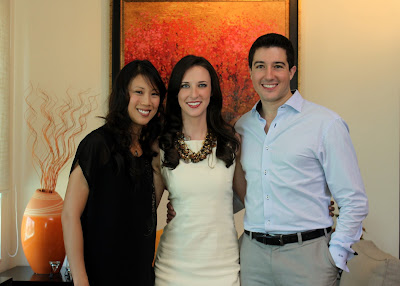 With the host Chi-Lan Lieu. 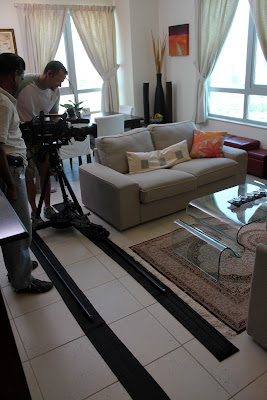 Cool big boy toy alert - get a dolly to roll through your living room! 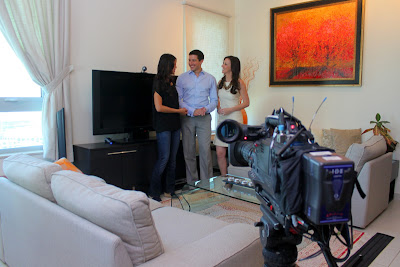 Trying to look natural (and not 10 pounds heavier) on camera! 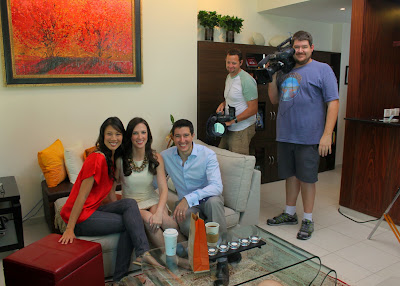 The crew asked if we could show them the conveniences available in high rise living in Dubai.  I told them I could order a cup of coffee at Starbucks and their eyes lit up!  Not only did they want to see us make it happen they decided to film a segment on it - 45 minutes later we had Starbucks, Burger King and Tasti d-Lite delivered to our door.
We had a blast with the filming and are looking forward to seeing how the 30 minute show turns out.  It's set to air around March so be sure to keep an eye out on your basic cable channel and hopefully we didn't say or do anything too embarrassing!
Posted by Katie Shaver at 12:55 AM

'Looking forward to seeing that show - thanks for the preview!

Concerned viewers would like to know how long it took for your apartment to return to that "lived in" look after the crew left.

BTW, Cecil B. DeMille was a producer; DeVille was a Cadillac. Both required lots of money.