Its been a month since Mom and Dad were visiting us in Dubai and it still feels like just yesterday - hence my tardy posting of their vacation highlights - Dubai has a way of moving time forward unlike any place I've ever lived.  You've seen them at the World Cup and at Chocol'art but that wasn't the only fun that we got up to during their visit to the desert destination, there were all kinds of new experiences that beckoned. 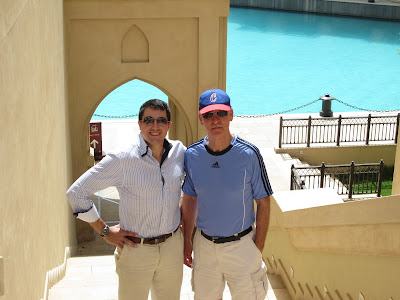 Taking a stroll around the neighborhood is a great way to get oriented, it changes every time they visit! 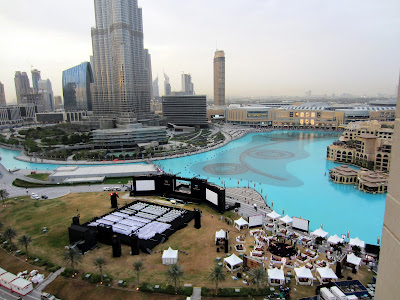 The pros and cons of living on Burj Park, you've got front row seats to every event!  Whether you like it - or not. 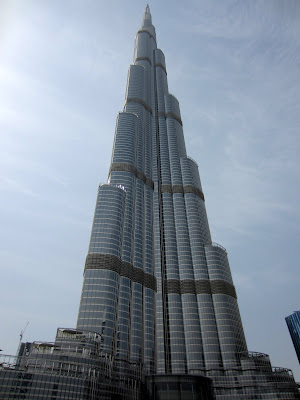 I think Mom had to lay on the ground to get the whole Burj in this shot. 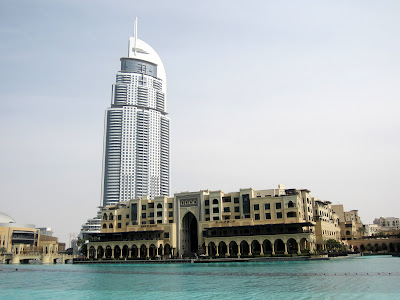 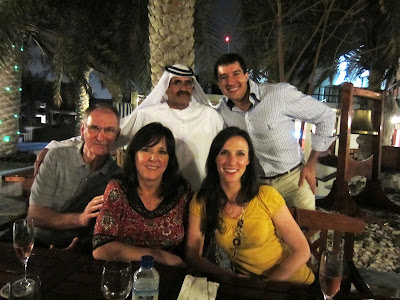 After a quick jaunt around the neighborhood we went to the Dubai Offshore Sailing Club with  friends Karen and Bruce.  There we ran into our buddy Khalifa who took quite a liking to Mom.  I personally think she is great third wife material. 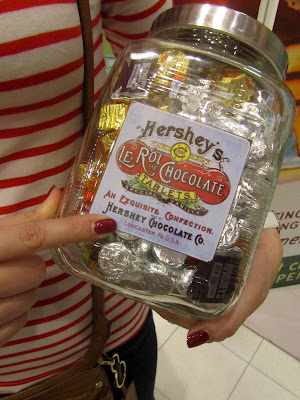 Just when you think you are far from home... 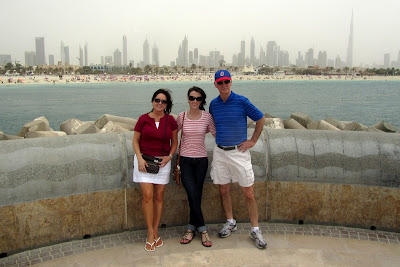 A hazy day in Dubai, no surprise there!  But we managed to get most of the downtown skyline in view from the Jumeirah 1 beach. 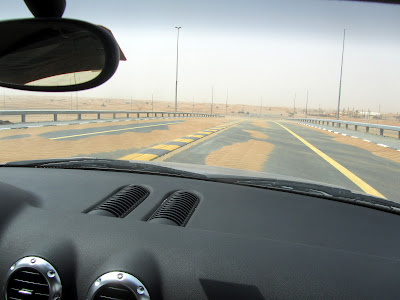 No snow storms here, but we've lived through a sandstorm or two.  On my birthday Mom and I headed to the spa while Matt and Dad went to conquer the desert - I think I chose the better half of that equation.  The weather turned worse and worse as they drove out into the sandy abyss. 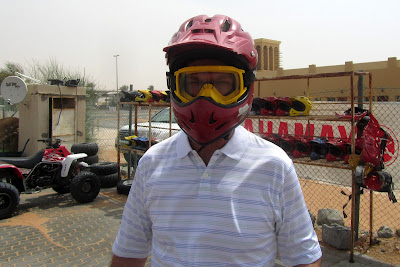 Undeterred, Dad suited up and got ready for battle. 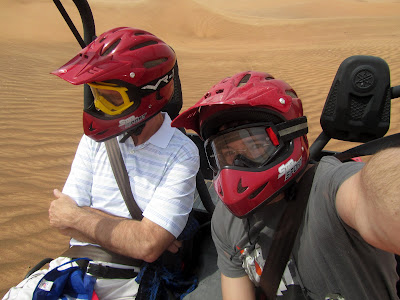 Matt captained the dune buggy while Dad and he were blasted with sand - looks like we both were getting exfoliated! 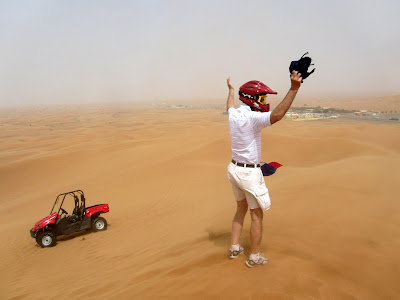 But when he finally reached the top of the dunes, he was King of the World! 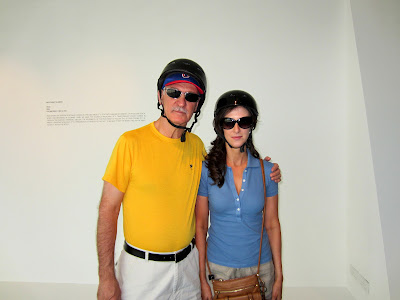 We also decided to try out the new segeway tours on offer in our 'hood.  Having been on a segeway tour before I was really game.  They are awesome.  However, wearing a helmet not so awesome.  No matter how much I love wearing a hat I don't think I can work the cannonball-head look.


Ride 'em cowboy!  Dad encounters a little resistance on the segeway his first time around, but he gets the hang of it pretty quickly! 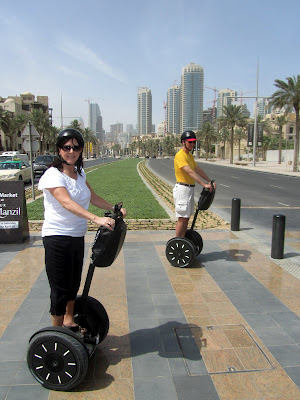 It doesn't matter how nerdy you look, because once you are gliding along you don't have a care in the world! 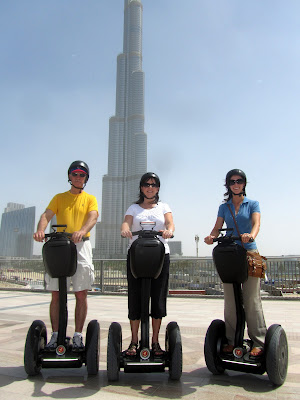 The city of the future?  Maybe.  But I won't be wearing a helmet!

Katie, if you just find shoes to go with the helmet, I'm sure you'll be a happy camper.

Great shots!
Dubai City Tour is a tour which everyone should plan in their lifetime.

its a nice post. really informative.people will get most benefits with this info.keep going.