This Summer, Everything is Getting Blow'd Up


We're a little behind on this one, but since I snapped some pics the morning of the big Dubai explosion last week, we'll do a bit of show-and-tell. According to Gulf News, a fireworks factory in the industrial area behind Dubai mall had a bit of an accident last week. I'll say: 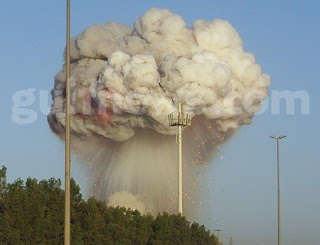 Rumors still abound regarding what size firecracker went off - some say it was more of a "military-grade firecracker" - but it ended up causing a fire that burned for 24 hours, damaged dozens of other buildings, and caused serious injuries. It also caused traffic snarls for several days, as the smoke covered half of the city and cut visibility down to feet. Here is what it looked like from the car as I pulled out of our building in the morning: 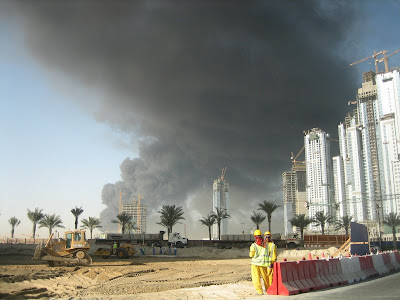 Posted by Matthew Mueller at 8:51 AM