It's Getting Hot in Here (Herre)

If you a sucker for cornrows and manicured toes...then keep reading. If you have no idea what I am talking about then you aren't the kind of Nelly fan who would enjoy this post! Abort now!

Nelly, the famed US rapper, touched down in Dubai on Tuesday to promote the opening of his Apple Bottom Jeans store in the (the world's largest) Dubai Mall. Also, if you have to ask what an apple bottom is, this would also indicate a severe lack of Nelly 'nowledge. 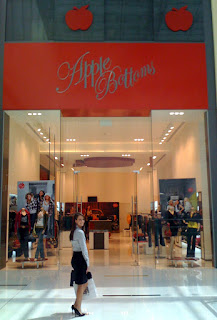 In order to promote the new store, Nelly was going to be making an appearance at Chi, an outdoor club that is a Dubai institution during nice weather. In sum, the staff is awful, the drinks are over priced, it costs over $30 to get in, and the security is obnoxious, but the place is always packed. As they say, it's all about location, location, location. So, it's pretty hard to get us to go to Chi unless there is alot of momentum or a special occasion. We figured that Nelly qualified as a good reason, and our fab friend Fiona used all her great concierge connections to get us a table in the VIP area!

After the usual hassle of entering the club we were escorted to our table, labelled with a "Ms. Fiona" placard. You can imagine our surprise when the table 10 feet from ours had a similar sign, except it said "Nelly". We were next to Nelly's table! 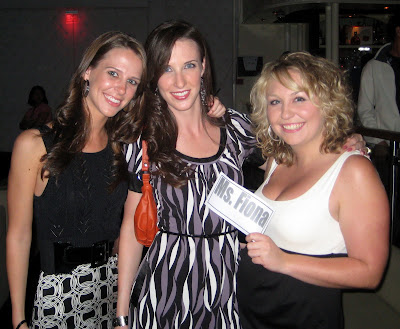 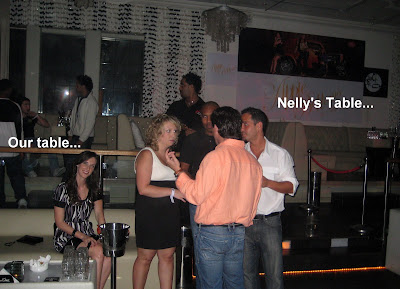 With anticipation building, we hit the dance floor but kept a wary eye on the area, in case he arrived at any moment. Finally at 1:30am, he was there! We saw a commotion and ran over and there he was rolling in with his entourage. After a brief appearance he was whisked away for a small performance where is did about 4 songs on stage. As we watched from the VIP, Lisa and I started plotting - we needed to get an 'in' with one of Nelly's crew. A few of them had hung back with the table and we approached one of the guys and started chatting, telling him we were from the States, etc., and asking him what he thought of Dubai. It looks like we made the right impression, because when Nelly returned to his table and security surrounded his table, the entire crowd converged on Nelly trying to get a glimpse, and as security was pushing everyone back, Lisa and I waved to our new friend on the 'inside' and he said to the security, "those two are with me let them in". 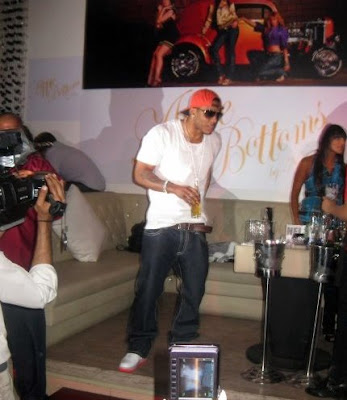 AHHHHHH! We were IN. There we were chilling at Nelly's table with him and 10 friends! Of course we wanted to say hi and get a picture, but we were trying to play it cool and not freak him out so we just causally sipped our drinks and danced while he was like 1ft away, waiting for our chance to strike! As we stood there thinking 'we are partying with Nelly!' our friend Fiona must have just slipped through security because she bounced up and said "hey guys! how did you get in here, this is awe..........sooommmmmmmmmmmmmeeee". Fiona's last word was interrupted when, whoosh, a huge guard grabbed her by the waist and chucked her on the other side of security. Fiona! I turned towards Lisa and said "what do we do!?" and she said in all seriousness "Katie, there is nothing we can do for her now." Hahaha. Fiona was fine and like a trooper yelled to us to "go on without her!" 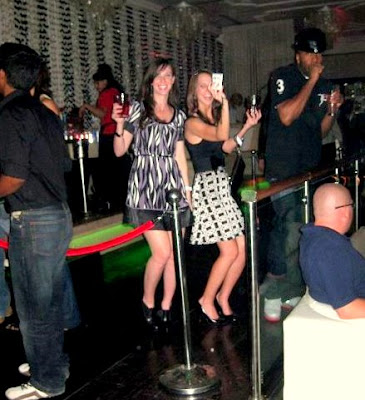 Behind the 'velvet rope', the guy in the black hat was our "new Nelly friend" 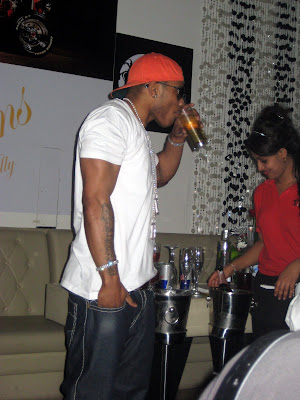 This is how close we were, 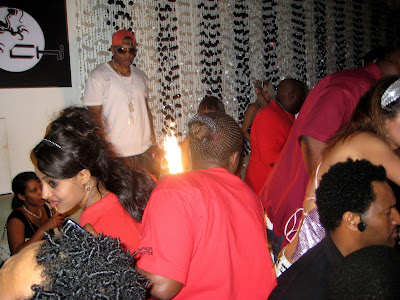 And this is when security lost control...

Well, it appears that Fiona wasn't the only one that didn't have trouble getting behind security because before we knew it, they completely lost control of the perimeter and people just crushed in from all angles. The body guards were overwhelmed, and Nelly's friend yelled to us, that he was sorry but that there were pulling Nelly because now it was a security concern. And just like that they were gone. So much for our plan to play it cool - look where that got us, a great story, but no pictures with Nelly! Next time we will be sure to not so highly prize discretion!

(The video isn't great, but if you are in the mood for a little Nelly jam, you can click below)

Great story, great photos, great music! But I have to confess that until now I thought Nelly was the spokesperson for Nutella.

No mention that he is from St. Louis? Uncle Jim, I am surprised you didn't know that! haha

His kids actually went to the school where I teach. You should have seen the dads on Father's Day when they realized that Nelly was coming for pancakes! Took me a while to realize they were hanging around for so long not to be with their kids but to catch a glimpse of Nelly.

He's from the Lou and he's proud! We love Nelly!