We’re safely back in Dubai now, after having another wonderful two days in India. The security concerns were high, and we were subjected to many trunk searches, metal detectors, and bag searches, but it was all worth it! When we talked to a cab driver about the security concerns, he said “don’t worry, things like that don’t happen in Kerala”, when we asked why not, he said “we are all too educated for that”. Nice answer!
On our second day in Kochi we took a cruise along the backwaters of the country side and sailed through the narrow waterways to see the daily life of the folks there. There houses come right up to the water and they were busy trading, washing, bathing, and waving to us! We had a home cooked traditional lunch and when we stopped to eat, two little girls from the village down the path offered us flower corsages, in exchange to practice their English with us! We traded basic conversation and gave them a pen and paper too, they were thrilled beyond belief. I’ll let the pictures speak for some of the other sights! 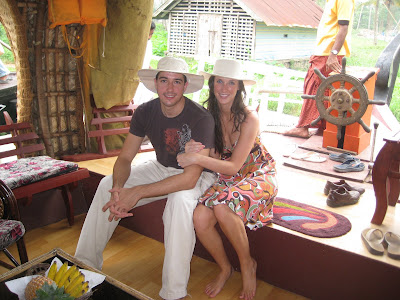 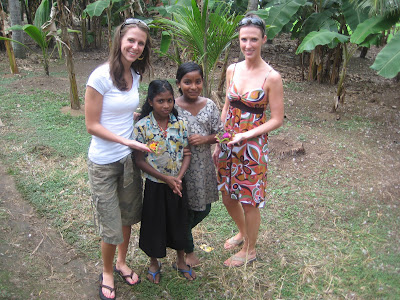 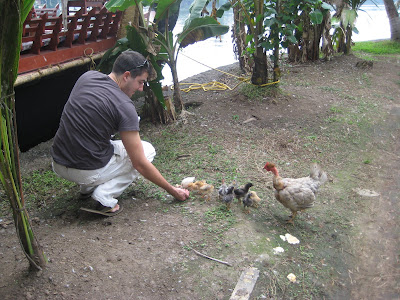 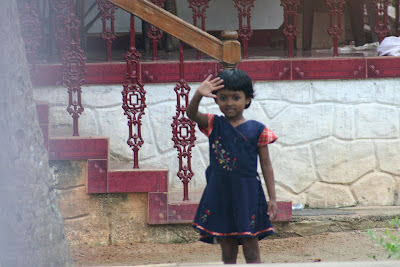 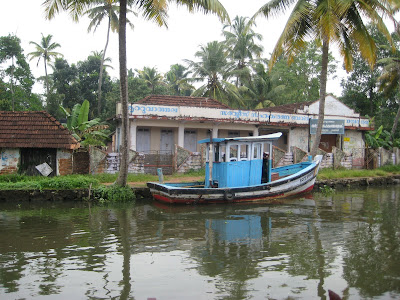 Our last day was spend on an adventure through the hills to find an “elephant training center”, the center itself didn’t live up to the expectations, it was more of a not-well kept zoo, but that did mean that we got to have lots of interactions with the animals, namely the baby elephant and the free roaming monkeys. Afterwards we grabbed a few coconuts for lunch! 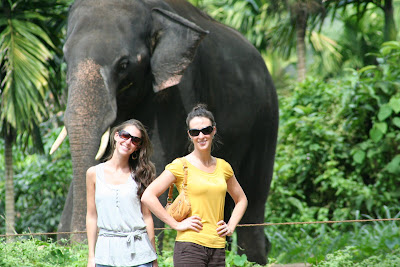 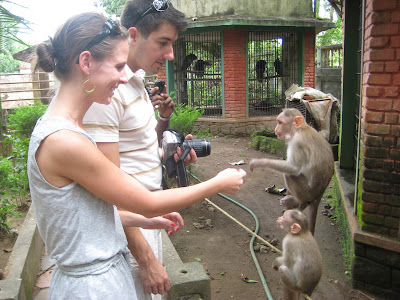 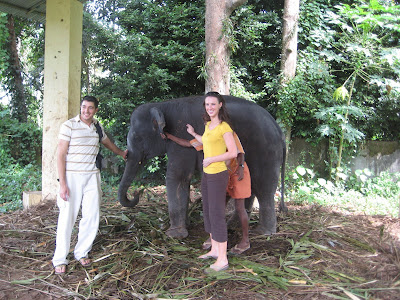 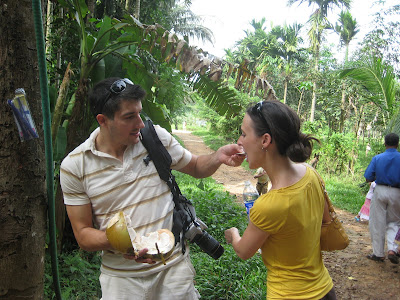 We spent our last night at the Fort Kochi cultural centre watching a beautiful form of dance called Kathakali. It is believed to have begun in the 1st century and it puts a huge emphasis on facial expressions and eye movements, while wearing elaborate costumes to tell a story. We loved the show, but the sad part was that it was our last night in Kochi. We can’t say enough nice things about the sites and the people. Although, my taste buds don’t seem to be too sad not to have curry for breakfast anymore! 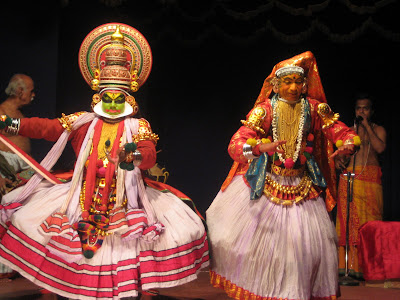 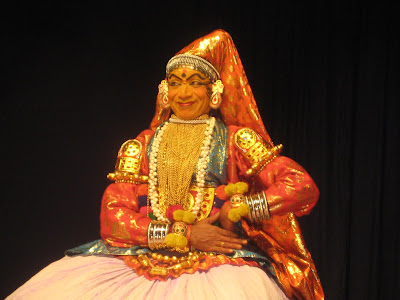 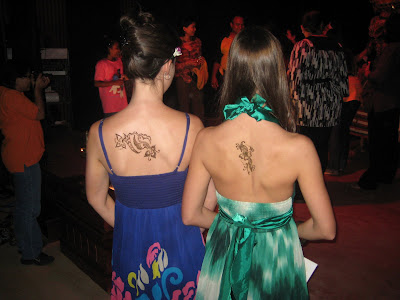 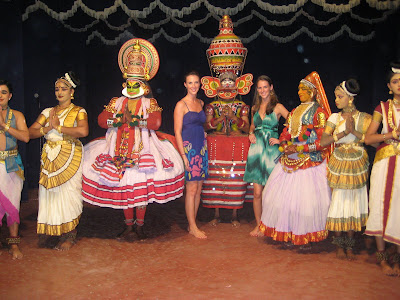 Salmonella, Ebola, and Henna Tatoos, that's what we call the vacation hat trick. What kind of fruit is that you are eating.

And Matt you are the only guy I know who has found more uses for white linen pants then Marlon Brando.