It's a name that boggles the mind and tickles the tongue.  What in the world is a Whiffenpoof?

In fact the Whiffenpoofs are the oldest male collegiate a capella group in the United States.  They hail from Yale and were established in 1909.  Most recently they were featured on the Sing-Off NBC's a capella competition. 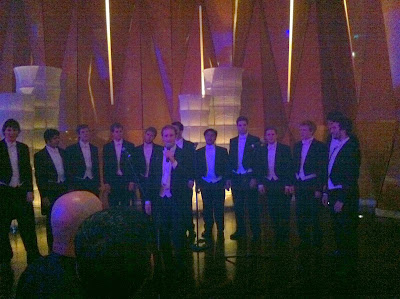 We had the chance to be delighted by their musical stylings on Fourth of July in an event hosted by the US Consulate and the American Business Council at the fabulous Traiteur restaurant in the Park Hyatt hotel.  They sang a great array of songs from (of course) the 'Star Spangled Banner' to David Bowie's 'Space Oddity' and the crowd was delighted by their true talent and the great energy they brought to the performance!

I kept on waiting for 'Don't Stop Believing' to make an appearance but then realized that I've clearly seen too much Glee! 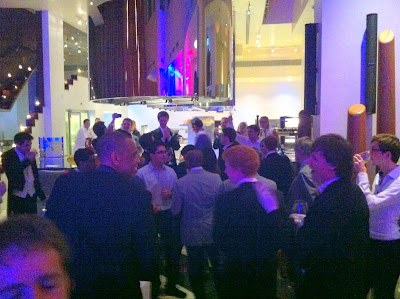 After the performance we got the chance to hang out with the boys and after a few drinks it seems that a few members of the crowd were compelled to sing 'My Country Tis of Thee' from the top steps of the open kitchen.  Unfortunately, the guests weren't as talented as our university men.  Fortunately, they quickly joined in to salvage the performance and then topped it off with an old German drinking song - in perfect harmony, natch.

A few more bits about the Whiffenpoofs: it's a full time job!  Narrowed down from 200 auditions freshman year, the group is highly competitive and performances are so in demand most members typically take a year off just to perform year-round.  I'd didn't know you could red shirt for the glee club?  Radical.  Go arts!

It was great to have such a talented and fun group of good ol' Americans to celebrate with on 4th of July and even better to get to spend some quality time with these quality gentlemen.  Yale ladies take note!  (I promised them this blog post could get them a few dates!) 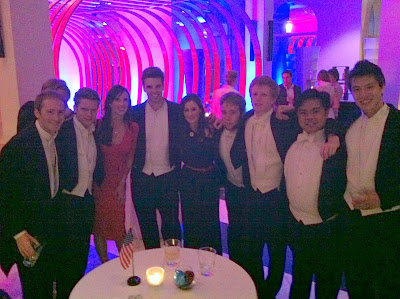 You've got to love the white tie tuxes!  Although can't help but think these guys would great in new KnotStandard.com attire! :)
Posted by Katie Shaver at 12:52 PM

What a great way to celebrate 4th of July! Much more musical than fireworks, but how did Matt survive without someone blowing something up?