Yes, it’s the name of a city in Croatia. Just like Banana Split. We only got to spend one night in this coastal town, but we made the most of it. This city has been occupied since before the beginning of time. Seriously, the history of the city just reads like one occupying army after another. In fact the Italians have invaded them so many times that now Croatians refuse to let Italians, specifically, own any property in their country. Needless to say, that Italians don’t like that very much and therefore have blocked the Croatian’s path to the EU. The biggest attraction in Split is the amazing Diocletian’s palace built by the Roman emperor in 300 AD. It’s impressive but let’s just say it is less than well preserved, just another intruder that they don’t appreciate, even if he was there 1700 years ago. 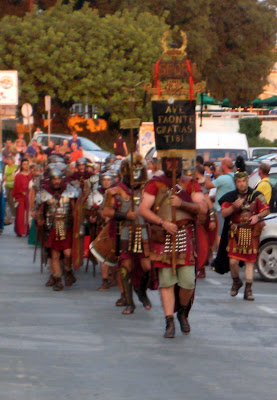 The Romans are invading again! Townspeople march in traditional costume. 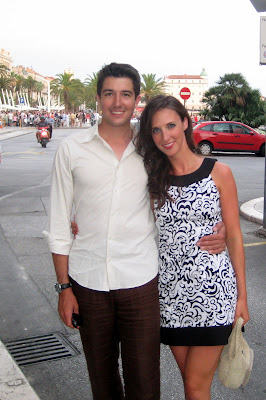 Hanging out at the waterfront. 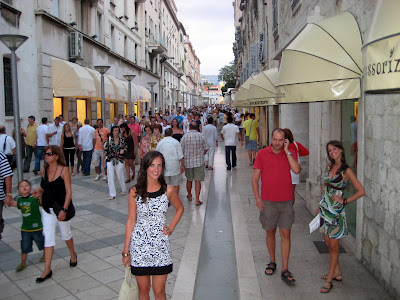 The main drag in Split. 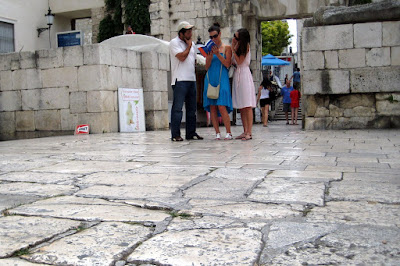 Checking out the guide book at Diocletian's Palace 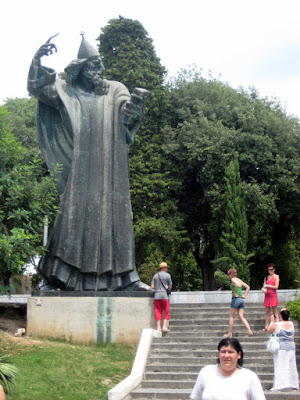 The Gregorius of Nin, a 10th century Croatian bishop. 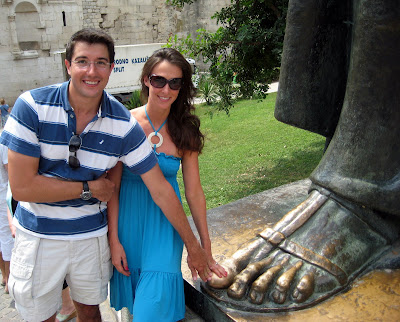 You're supposed to rub his big toe for good luck! 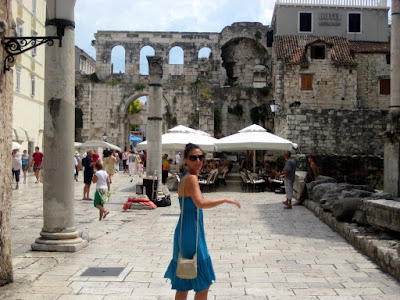 Exploring the ruins of the palace. 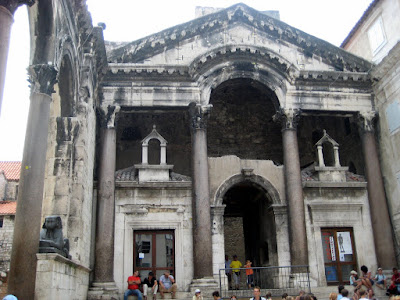 Built as Diocletian's tomb, this temple is 1700 years old! It is now converted into a Catholic church. 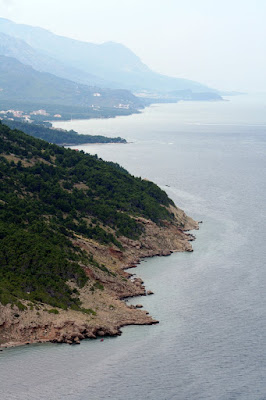 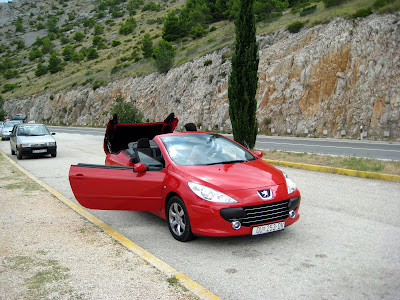 We rented a convertible to cruise down the coastline, it was a 4 hour drive to Dubrovnik and worth every minute!

You probably won't be surprised that, despite all those great pictures and unique cultures, my impression is, "Wow, nice car!"