We rarely get stars in the overcast Dubai evenings, but with tickets to the Dubai International Film Festival's screening of 'The Way Back' last night, we finally got to see some stars!

As we huffed and puffed to the entrance of the theater arriving at 7:57pm for an 8:00pm (traffic!) we strode towards the doors just to have a velvet rope thrown up at the last minute blocking our path.  When we asked anxiously what the hold up was, a polite usher said "You can go once they pass".  They?  Who is they?  That's when I turned to see Ed Harris, Colin Farrell, and Jim Sturgess (of 'Bringing Down the House' fame) right in front of us!  Turns out by running late we arrived just as the 3 stars of the movie were walking the red carpet.  Serendipity!

We had ringside seats for all the interviews and then walked the carpet behind the boys into the theater!

The director Peter Weir (Witness, Dead Poets Society, Green Card, The Truman Show and Master and Commander) was even in attendance to introduce the film.  Click here to learn more about 'The Way Back.'  It was a great night and it really showed that DIFF is putting itself on the map! 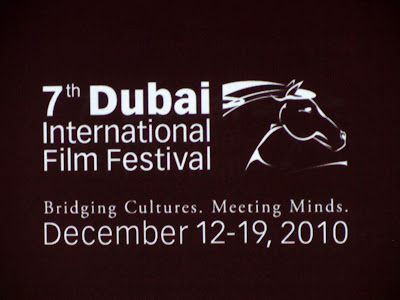 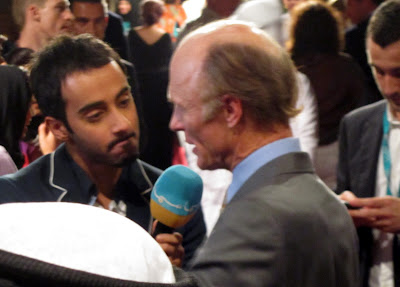 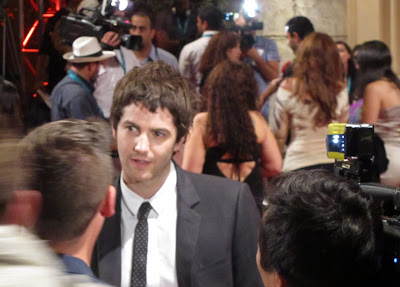 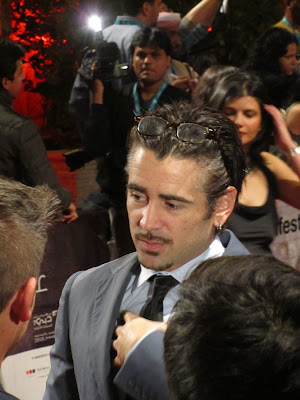 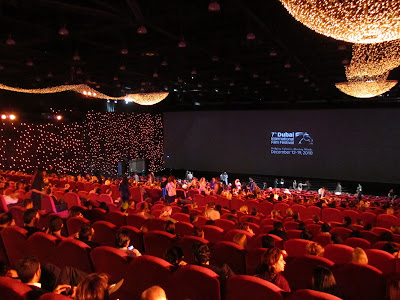 The Madinat Arena all decked out for DIFF. 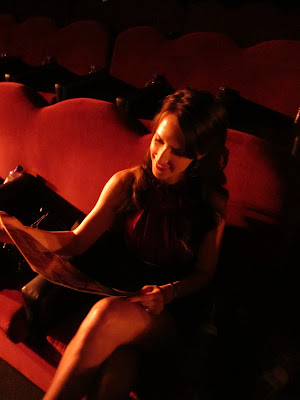 Checking out the program before the lights go down. 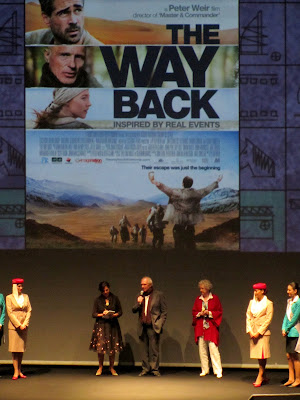 Peter Weir introduces the film.
The girls go crazy for Colin.
The boys arrive with the Dubai entourage for the screening.
The opening act of the screening.
Posted by Katie Shaver at 11:40 PM

'Looks like it was quite an event. So getting stuck in Dubai traffic has its advantages after all.