Since we weren't able to join our family and friends for Easter we decided to do the next best thing. Why not go to the holy land? Surely visiting the Promised Land would revive our spirits! So when our friend Amer invited us to his homeland for the weekend we knew we couldn't miss the opportunity.

On Thursday morning Lisa and I grabbed an early morning flight and met up with Matt who was already in Amman doing a few meetings. The first thing we couldn't help notice when we walked off the plane was the weather. It was cold! I'm told it's called "Spring", we've forgotten all about this four seasons business. The chill soon gave way to the same exhilaration we get every time we leave Dubai - flowers, and trees, and grass oh my! - the blue skies and puffy clouds had already made the trip worth it.

We didn't waste anytime hitting the streets and we met up with our guide Fadi to get a tour of the city. As we arrived on the citadel of the city to see the ancient ruins I couldn't help but think, what haven't the Romans concurred? There in the midst of this modern Arab city was a 2,000 year old Roman amphitheatre and the top of the city boasted remains from an ancient Roman Temple. Add to that the world's tallest flagpole and a few remains of the Dead Sea Scrolls and you've got yourself a vacation! We also found out that Amman used to be called Philadelphia by the Romans, no wonder we were liking this city! 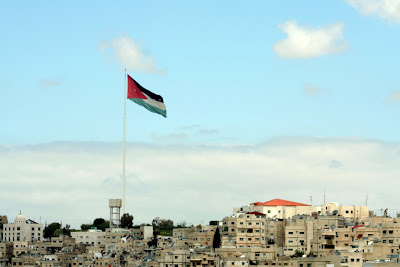 Apparently North Korea actually has the tallest flagpole but it is supported by cables. That doesn't count! 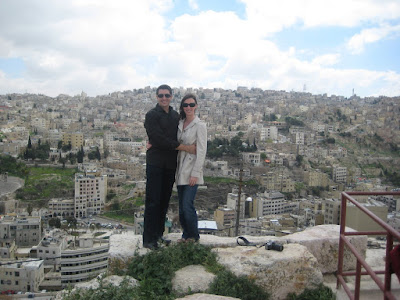 In front of the old city looking down from the citadel 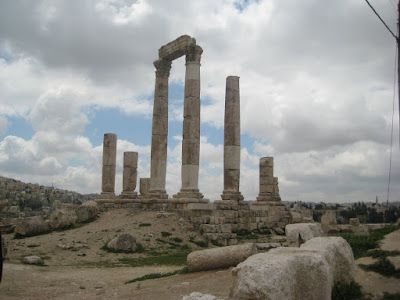 The remains of the Temple of Hercules, the two reconstructed columns have become synonymous with Amman 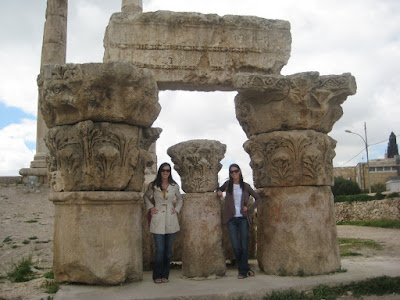 Playing amongst the ruins 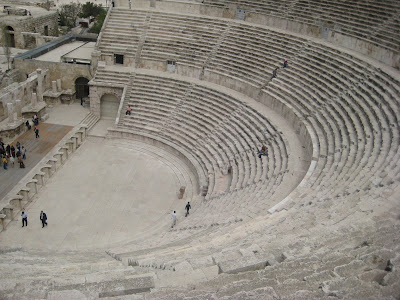 The 2,000 year old Roman amphitheatre right in the middle of the city! 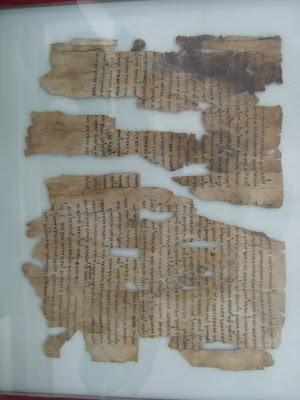 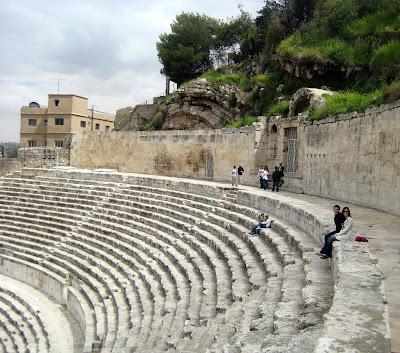 It took us forever to get to the top, those steps are steep! 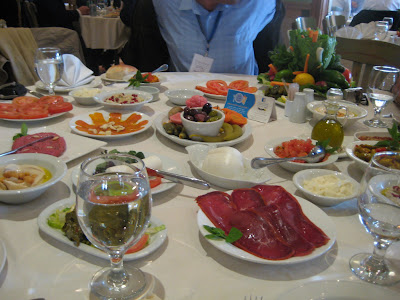 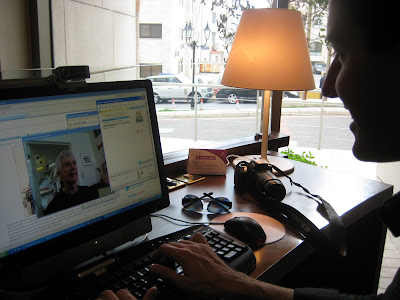 No matter how far we travel we always use our Skype - hi JimDad! 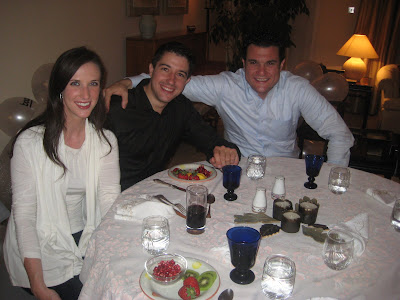 Our host Amer at the Booz Allen pre-marathon dinner
We topped off the day with a total Arab feast complete with shisha, Lebanese wine, and of course a big helping of hummus.

That night we were fortunate enough to be invited to the home of one of Amer's coworkers. A number of the Booz Allen employees were running the Dead Sea marathon the next day and we were graciously invited to take part in the carbo-loading!
Posted by Katie Shaver at 10:54 PM

Hi, Actually the world's largest unsupported flagpole is the Ashgabat Flagpole in Turkmenistan since July 3, 2008.
Before that the record holder was the 137-meter tall Aqaba flagpole.